You are here: Home / Swinging Basics / Why Do Swinging Men Share Their Wives?

In a society where couples are traditionally exclusive, it might be hard to understand why a man would want to share his wife in a non-monogamous relationship like swinging. But this lifestyle is actually more common than you think since 4% to 5% of people are currently engaged in consensual non-monogamy, as reported by On the Margins: Considering Diversity among Consensually Non-Monogamous Relationships.

There are actually many reasons why ethical non-monogamy and swinging are right for both partners, including many men who enjoy it. It is exciting to defy social standards, turn jealousy into compersion, have a better social life, define your own relationship, live a diversified life, embrace your sexual identity, and make your marriage happier.

According to the study On the Margins, the evolutionary psychology perspective supports that men desire more sexual partners because they have an unlimited supply of sperm and don’t have to get involved as much in parenthood. On the other hand, women can have a limited number of offspring and hold the lion’s share of responsibility for caring for them. According to the evolutionary psychology perspective, an important aspect of caring for babies happens even before conception – in selecting a lifetime mate who will be a good provider.  But the conditions that created different evolutionary drives don’t exist in the same ways now.  As the study ‘No Expectations’: Straight Men’s Sexual And Moral Identity-Making in Non-Monogamous Dating notes: ”Discourses of romantic love as the exclusive (physical and emotional) commitment to one person, have served to make women accept their subordination and see their unpaid labour in the private sphere as something that is done naturally and out of love.” In other words, times have changed. Consensual non-monogamy affirms that men and women have equal privileges in their relationship. And equality benefits both partners. More than ever, couples are looking at non-monogamy as natural for both sexes.

Turning from Jealousy to Compersion 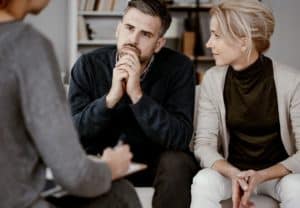 From an evolutionary perspective, people experience jealousy as a means of protecting their interests in a world of limited resources. In this view, partners were to be held close away from other people to ensure either your seed was carried forth in the next generation or that your mate would focus his energies on providing for you and your children. But we don’t face the same resource limitations these days. More people recognize sex and love as very different things and are able to enjoy physical pleasure without emotional intimacy. Moreover, people in healthy, committed relationships often find that they derive pleasure from their partner’s pleasure. This feeling is called compersion, it is the opposite of feeling jealous or threatened by a partner’s connection to someone else.

Having a Better Social Life

A study, Consensual Non-monogamy: Psychological Well-Being and Relationship Quality Correlates, reported that some consensual non-monogamous relationships give people the chance to have a better social life. This is mostly the case for swingers. They often have a close social network and report more intimate relationships with their friends than non-monogamous couples. Swinger events are an opportunity for both of you to have sex and meet similarly open-minded people. Sharing your wife with another man often means that you will enjoy another beautiful woman. And the more people she knows, the more people you’ll meet. This is a social activity that can be exciting for both of you.  Swinging couples often approach the lifestyle as a team and only go swinging with other couples so no one is ever left out of the fun.

Defining Your Own Relationship 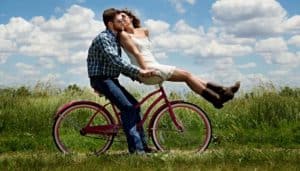 Unique and Shared Relations Benefits of Consensually Non-Monogamous and Monogamous Relationships shows that the three benefits of this kind of lifestyle are the diversified need fulfillment, the variety of activities, and the personal growth. If you feel pressured because you can’t always satisfy your partner’s needs, she can get it from someone else and get back to you. And the same thing applies to your needs, too. Non-Monogamous couples also have the chance to participate in a greater variety of activities, alone or together. And once your partner has found new sensual tricks with someone else, she will probably be happy to show them to you. More autonomy, freedom, and introspection can also make you better people. Just like exclusive couples, ethical non-monogamy also includes benefits like family, trust, sex, love, communication, and commitment. 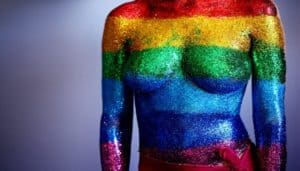 In the ‘No Expectations’  study, many men said that non-monogamy was an essential part of their sexual identity. It was important to be honest with their significant other to make sure they consented to this. Those men actually disapproved of cheating and said they wouldn’t have sex or be in a relationship with a cheater. Ethical non-monogamy is an excellent way to have the freedom to see other people without hurting your partner. But they usually have the right to do the same thing. Ethical non-monogamy and swinging are not like cheating. Both partners actually agree that they can see other people, so none is doing it behind anyone’s back. The reason why adultery ruins a relationship is that it breaks a promise that the couple made. But if they are both happy with non-monogamy, there is nothing wrong with this.

The Today’s Alternative Marriage Styles: The Case of Swingers study asked swingers if this kind of lifestyle made their marriage better. 62.6% of them said swinging improved their marriage, and 35.6% said their relationship stayed the same. Only 1.7% of them said it made things worse. This is why swingers are generally significantly happier than the non-swinging population. Most of them had no problem with jealousy and said how important it was to have a variety in their sex life and meet new people. They were also more likely to have an exciting life rather than a boring routine. All these things make a marriage stronger instead of leading to divorce, as some would expect from non-monogamy.

Overall, men have many reasons to share their wives in swinging lifestyles or any kind of ethical non-monogamous relationships. While patriarchal society told us for years that women were second-class citizens and that wives should serve the needs of their husbands exclusively, we have evolved.  Sharing your wife also means sharing exciting moments together. Once you learn to be happy for whatever makes her happy, you will both have the chance to benefit from it.