You are here: Home / Swing & Tell / Why I’m Scared Like Never Before 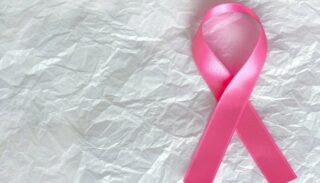 My best self is 35 pounds thinner, a strong runner, and a damn good cook. I remember her fondly.  I tell people every day that nothing is sexier than confidence and being comfortable in your own skin, but it’s been a struggle for me lately. Does that make me a fraud?  My therapist brain says it makes me human, but my swinger brain thinks differently.

A lot of lifestyle talk focuses on tits, and I’ve thought of almost nothing but boobs for the last week. Mine are huge and a tad lopsided. I rarely had to buy myself a drink in college, but the girls haven’t worked a lot of magic lately. Gravity has been unkind. I have loved and loathed my boobs my whole life. I’ve always assumed that I’d have them “fixed” sooner or later. I always assumed the choice, the power, was mine. That sense of power was ripped right out from under me with one sentence, “I am recommending a biopsy.”

I know that the odds are overwhelmingly in my favor so this “suspicious mass” will probably fade into distant memory before Thanksgiving. I know that so many people are dealing with very real and very serious health issues for which they could use and would appreciate every available thought and prayer. But I also know that I am scared in a way I have never experienced before.

It’s benign! Many, many thanks to everyone who sent good wishes and positive energy! I appreciated every note immensely. And while I am grateful for my good news, I am also thinking of all the women who received very different results calls.

It turns out that I have two pretty freaking rare Benign Breast Diseases. Mama always said I was special! I giggle a little whenever I see my disorders referred to as “BBD.” It makes me think of all the lifestyle terminology.  My best friend has started calling me Titanium Tits, Tit-anium for short, because of the metallic clip left in to mark the biopsy spot.

Before the biopsy, I talked with my therapist about the disconnect between my intellectual certainty that the tumor would be benign and the utter panic I experienced emotionally. Seems I am reliving the powerlessness I felt watching two strong, amazing women in my life who became shells of their former selves while fighting, then falling to, a cruel disease. Still working through it.

Breast cancer didn’t kill my mom, but the threat cast a long shadow in our house for many years. She had her first lumpectomy at 36, just a week after learning about her sister’s diagnosis. For three and a half months, my aunt told no one that she had breast cancer. When asked why she waited to tell us, she said, “I wasn’t ready to break your hearts.” Since she died, I have often thought about what those months must have been like for her. What breaks my heart is the thought of her being alone and frightened and overwhelmed by the path ahead of her. It breaks my heart to think that things might have turned out differently if she’d told us. So many maybes.

The question now is: Now What? I won’t go so far as to say the cancer scare was life-changing, but it certainly has me focused on what I can control versus what I must leave to the universe. My happiness is within my control, and I start reclaiming it now. No more wallowing in my body issues. I owe it to myself to love every single inch of me.

This body has done amazing things – she’s run marathons, quite literally saved a life, and provided comfort when others needed a shoulder to lean on or arms to hold them. I made a promise to myself today. I can (and will) work on making my body stronger, but I refuse to measure success in pounds. As for “fixing” my lopsided boobs – the jury’s still out.