You are here: Home / Swinging Basics / Understanding Hotwifing and Cuckolding

If you already enjoy an active hotwifing lifestyle, you probably know something about cuckolding. If you’re not active, though, you might be a little confused about one or both of these terms.

Should you pursue hotwifing or cuckolding or is it the same thing?  It is easy to be confused with these lifestyle terms.  Comparing hotwifing to cuckolding is like comparing Pepsi and Coke. There is plenty of overlap but some very distinct items you should learn before opening up your relationship.

Hotwife: (Usually) a married woman who has sex outside of her marriage with her husband’s consent. She’s also sometimes called a slut wife, cuckoldress, slut wife, sex wife, or shared wife.

Bull: The man the hotwife has sex outside her marriage. He’s not her primary partner and usually only for a physical connection that is free of emotional attachment.  It is common for some bulls to participate in a cuckold’s humiliation.

Alright. Let’s come to the more interesting part of this article now. 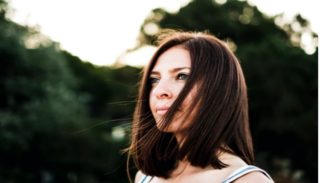 Hotwifing is a non-monogamous lifestyle in which a married woman has sexual relationships outside her marriage with her husband’s consent, and often with his encouragement. It differs from cheating because there is no trust being broken, everything is done with mutual consent and knowledge.

A hotwife enjoys having other men’s attention and flirting with them even if her husband is present.  Often the husband of a hotwife takes great pleasure knowing others find their partner sexy & attractive.  Each hotwife couple agrees on their own set of rules and boundaries. 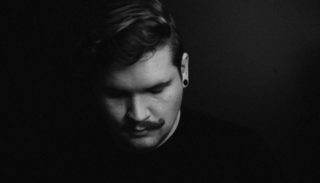 This is very similar to hotwifing in that the husband derives pleasure from knowing his wife is involved in sexual relationships outside of marriage. But why would any husband in his right mind want that? Aren’t husbands supposed to be very possessive about their wives and even feel jealous?

We’ll discuss that in a second. But first here’s the difference you need to know.

In cuckolding the husband doesn’t mind being humiliated and degraded by his wife and lover. Because he sees himself as inferior to the bull. In contrast, for many other hotwife relationships, the husband likes to retain the alpha male status in the relationship.

Some men wait for her to return the next morning and listen to the details she brings.

There are several reasons.

Again there are many different reasons including…

Remember that most of these men have fantasies they’re looking to fulfill.

He fantasizes about his wife having sex with another man, making out, hiding in the closet as she brings another man, shaving her legs, brushing her hair, painting her nails, and waiting to lick the juices off her stomach.

Keep in mind though that this lifestyle has nothing to do with couples having a bad relationship with each other. In fact, one of the conditions is that the couples have a strong bond and trust each other. Cheating is unimaginable.  These couples are strictly only interested in ethical non-monogamy.

Clinical psychologist and sex therapist David Ley notes in Insatiable Wives that while couples practice hotwifing and cuckolding in different ways one common thing is that they have a deep level of connection and intimacy, great communication skills, and a deep desire for each other compared to monogamous couples.

It may be against the norm but definitely not unhealthy.

Ley further notes that men can be into this lifestyle for different reasons: interest in bisexuality, being submissive, masochism, and wanting control.

So the next big question…

What are the similarities and differences between hotwifing and cuckolding?

Similarities Between Hotwifing And Cuckolding

Here’s what you need to know:

That’s pretty much it. Now for the differences.

Differences Between Hotwifing And Cuckolding

Some may say cuckolding is a subgroup that falls under the hotwifing umbrella & others might say it is closely related but separated.  Regardless, here are the differences of cuckolding from the other hotwife lifestylers.  The basic difference is the role the husband plays.

Psychologist Roy Baumeister observes in this book Masochism and the Self that cuckolding helps one escape self-awareness when the person views himself as inadequate. Masochism helps one divert attention from the self.

Another common condition in cuckolding that’s usually missing in other hotwifing experiences is that the husband often desires that the bull has a bigger penis than him.  In simple words, a Stag in a hotwife relationship thinks, “I’ll let you have her as long as I’m the alpha. or at the very least equal”.  Compared to the man in a cuckolding relationship who often thinks something more like “I’ll let you have her because I’m not the alpha”.

Hotwifing and cuckolding are growing in popularity as more people learn about the different options they can enjoy and still protect enjoy a healthy relationship together.  What makes these two concepts different is the husband’s role. For stag/vixen hotwifing, the husband plays a more dominant role but in cuckolding, the husband likes being submissive.

The key to making this lifestyle successful? Communicate your needs and craft the right rules for your relationship.