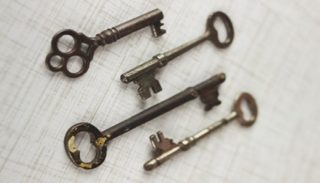 The swinger key party has been one of the most well-known stories about swinger events of the past. As much as you may have heard of them, they tend to be more of fictional history to shock traditional minds. At the same time, we know people fantasize about those kinds of things, and someone somewhere people have made it come true. How can you tell if it really happened? Don’t judge a book by its cover until you have read the whole story.

History of the Swinger Key Party 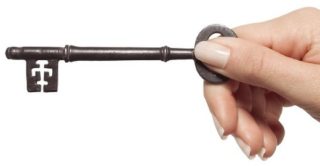 Since swingers often want their key parties to remain a secret, we might not have heard about the first ones that were organized. But as we can read in The Ice Storm (1994), a story set in the 1970s, ”word have come of the key parties long before the first had been thrown.”

One of the first mentions of it was in 1965 during Albert Ellis’s lecture on Wife Swapping or ”civilized adultery” to talk about ethical non-monogamous relationships. ”This group of individuals uses some tricks such as throwing down the car keys in the center of a big table and then each unselectively undiscriminatory picks up a set of these keys and whichever car key you get, you get the wife, let us say, if you’re the male, who goes with that particular set of keys.” And we thought young adults these days were the kinkier ones…

However, seeing it only on the big or the small screen made people believe that it might actually be nothing more than an old urban legend and cannot prove that it really happened… Is it fact or fiction?

More of a Myth Today 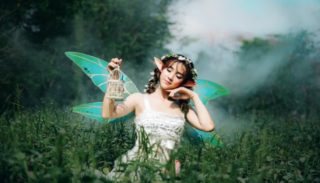 It is hard enough to find a unicorn who will want to join a swinger couple, so imagine trying to find many different couples willing to switch their partner to get a random one in exchange. Most people have never attended swinger key parties because they couldn’t find enough people willing to be part of this blind selection. Swingers usually want to choose their partner instead of picking them randomly. We can’t deny many of them fantasized about this kind of lottery. But their dreams probably involved an unexpected stranger they were actually interested in.

A 2010 study on Co-Marital Sex and the Sexual Freedom Movement confirms that the researchers have never come across any sex party structured this way. They weren’t even able to meet a single person who attended one until they met one man who stated that they did exist, even though the reports are unsubstantiated. In his lecture in 1965, Albert Ellis also said, ”This is done on a chance, you might say a raffle, kind of basis. And is probably the rarest kind of mate switching today for the simple reason that it isn’t easy to get a group of individuals together who are going to take the risk involved in this.”

Even though they might have happened on rare occasions, the reason why people keep talking about key parties is that it inspires fear and fantasy, according to researchers. It is a mixture of spontaneity and anonymity in a predetermined structure, which might be interesting for those who don’t know how to get involved in an ethical non-monogamous relationship. They believe it is an extension of male insecurity because they are automatically provided with a partner, eliminating the need to pursue a partner and risking rejection. However, experienced swingers often want more control over their relationships.

Even though swinger key parties might have happened, it was on very rare occasions, and there is not much evidence to support it. Even among experienced swingers, most can’t say they have participated in, have heard about, or know someone who has been part of a key party.  Despite the false history, it is still an enticing fantasy for some swingers who want to experience it.

How to Plan a Swinger Key Party 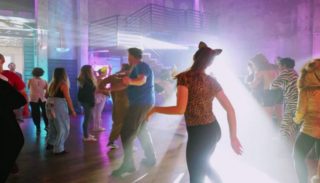 The most challenging part – and the reason why it rarely happens – is that it is hard to find other couples who will want to participate in the swinger key party. And while you might fantasize about your best friend’s girlfriend, there is also a risk that you might end up with a stranger who is not your type. Most swingers want to choose who they are going to be with.

This is why you might want to start with swingers you already know and are interested in. The goal is to find a random partner, but you can make sure every option will be satisfying. The guests also have the right to know who will be there and what the rules will be. And make sure everyone knows what kind of event they are attending because your neighbors and vanilla friends are likely not ready for swinging.  That is a bad TV plot not a good strategy for real life.

Establishing rules and boundaries will also help people feel safer if anything goes wrong. Number one rule: people always have the right to refuse to have any sexual or romantic contact with someone they are not interested in. Swinger key parties are supposed to create new matches based on chance. But we can’t call it “getting lucky” if someone doesn’t like the prize. Everyone needs to respect their own rules and other people’s rules on how far they are willing to go, and newcomers should know about this before thinking everyone is a hard swap.

Make sure condoms are always used and provide some to other swingers if needed. Drinking too much alcohol is also not recommended since people might regret what they did when they are under the influence. If you are dealing with people you don’t fully trust yet, make sure there are always other people nearby who can help if anything wrong happens. Have the women pick the keys and announce the mutually agreed rules is a good way to make sure everyone enjoys the party. After the swinger key party, talk to participants about what worked and what didn’t to make sure any problem will be solved by the next time you organize an event.

If swinger key parties ever existed, that was mostly a thing of the past. And even then, very few people can tell this story. But if you are in a swinging relationship and want to make this trendy again, you can organize one too. Just don’t forget that having more control over the situation is the best way to turn it into a successful event.