Even well-laid plans can sometimes go awry because life gets in the way. No matter how well we have made sure that our schedules are free. No matter what preparation has been put into place. Life sometimes has a way of getting one over us.

Maybe illness, childcare isn’t available, or you don’t feel up to it. Cancellations are a part of the swinging life. We can cancel plans politely without offending anyone if we take a bit of care.

One of the first things to do, of course, is to inform the swingers you have plans to see. You want to do this as soon as possible, even if it is last minute. Hopefully, you leading up to it, you already discussed that it might not be possible to meet up. Either way canceling beforehand is better than doing nothing and ghosting them. As they say, the best time to plant a tree was twenty years ago, the second best time is now.

Of course, canceling in person is ideal, but this isn’t always possible. Thankfully, in the modern world, canceling by email, text, or any other online messaging platform might not be as personal but is still very helpful. The sooner you let them know, the easier it will be for them to arrange an alternative.

You need to be careful and considerate in your words. It is never fun to hear that an exciting get-together is being canceled. At the start of your message should be the main news – that your planned swinger get-together isn’t going ahead. Don’t be wishy-washy. Aim to state that you are canceling within the first sentence of your message. We want to communicate what isn’t going to happen clearly.

Make sure to sound apologetic in your response; using the word “sorry” is not a bad idea and could be very appreciated by the people you are contacting. If possible, explain why you are canceling. This is not always mandatory, and may not be something you want to do. For example, if you have a personal health issue or some other private matter, it is ok not to fully disclose the specific details. You are entitled to your privacy, but it is polite to give at least a general explanation and reassure them it’s not something they did.

One time you should never state the reason though is if your feeling towards your potential playmates has changed. Swingers enjoy honesty, but not many people enjoy brutal honesty. Be careful not to hurt their feelings, which means sometimes being vague about your reason for canceling. The swinger community is tight-knit, and you don’t want others to talk about you being harsh & rude. 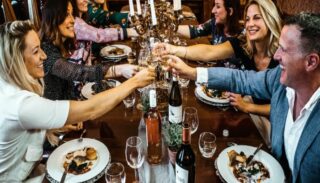 You should always keep in mind while crafting your message about the cancellation the feelings that other people might have towards the cancellation. Remember, that this might have been a time they have booked off from work or hired a babysitter. Even if you are sending a message and not speaking face to face, you need to consider that there is another person behind the screen that you are talking to.

If you can offer them an alternative thing to do with their evening, for example, if you know that there is another swinger event, it would also be an excellent time to let them know. Or maybe you can introduce them to your other swinger friends.

If there are no alternative plans you can suggest, keep the message short and simple. And, although you might not want to include it in the message, you might want to consider ‘making it up to them’ in another way. For example, the next time you see them you can bring their favorite bottle, give them a massage, or some other sweet offer. Actions can speak louder than words and help smooth over any bad feelings or moods. 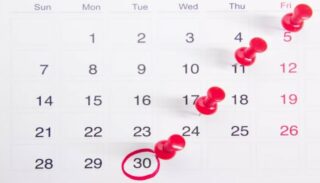 One of the best ways of smoothing over what could be perceived as a swinger rejection is to suggest an option for rescheduling in the same message. Having some concrete dates for the rescheduling is also ideal. In fact, this is something that holds true for every time that a cancellation needs to be done, not just for swinger get-togethers.

Going down this route, you need to carefully consider the time you are rescheduling to ensure it’s definitely available. Because, if you cancel the next date, you might run out of forgiveness from the other couple. Some things happen but doing it again can cause them to think that this is a pattern with you, and they are likely less inclined to make further plans with you.

If there are dates you know the other partners can’t do, such as doing the weekdays because they are both working, then it would be rude to suggest only those dates. Don’t use the magic of pairing a cancellation with an impossible alternative date to get out of meeting up. If you don’t want to meet up with the former potential playmates, there are other ways around that without trying to be socially manipulative (which, by the way, can also be transparent).

There might be sometimes when you don’t want to reschedule the plans, Maybe the reason you wanted to cancel in the first place is that you’ve decided not to meet up with the couple. Or maybe you are simply going through an ongoing turbulent time and must cancel most engagements.

The latter might be easier on your conscience, but maybe harder to perform in not getting a rescheduled date. If you are able and/or willing to say why the cancellation has happened, this is the easiest way to do it. However, if this is not the case, or there are other reasons you don’t want to reschedule, a more subtle approach will be needed.

You can be vague but firm, focusing the reason on yourself and not the people you are canceling with. Lines like “I/we don’t know when we will next be available” or “I’m afraid time is looking tight for the rest of this year.” This way, the person you are talking to will know that meeting up on a different date isn’t going to happen, without you coming across as rude.

No matter your reasons, or how you give the cancellation message, most people will be aware that roadblocks can suddenly pop up, giving people no choice but to change planned activities. You shouldn’t feel guilty about changing plans for any reason, but you should make the effort to minimize its impact on your swinger friends.  Treat them as you would want to be treated.