You are here: Home / Lifestyle Tips / Taking One For The Team 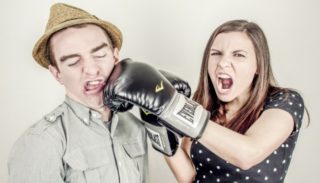 As you spend more time in the swinging community, sooner or later it’s going to come up – or, in this case, not come up (see what I did there!). Your partner is all hot and bothered about playing with a new couple, but the thought of it does absolutely nothing for you. You have two options here: you can walk away leaving your spouse disappointed or you can take one for the team.

There are mixed feelings about whether taking one for the team is ever a good idea.  Some people feel that it could be damaging to the relationship or even eventually put people off swinging. Others argue that, if they are being honest, sometimes their partner needs to give a little for the sake of a good night.

How Does It Work? 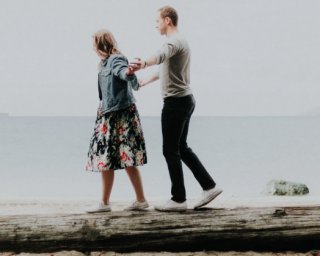 A lot of couples say there is no way either of them would take one for the team while swinging but is that true or simply bravado?

Sometimes one member of a couple is not enthusiastic about playing with a particular couple but chooses not to tell their partner to avoid ruining the moment for them or making them feel guilty. Taking one for the team isn’t always straightforward. Sometimes the partner without the huge attraction doesn’t find their match crazy hot but they also aren’t repulsed either. Sex with them probably wouldn’t be completely awful, but it sounds maybe just a little more exciting than doing a load of laundry. It’s like bad pizza still being kind of good, right? This version of taking one for the team is probably more common than we tend to admit.

Less common but more often discussed is the version of taking one for the team where there is a clear sacrifice in terms of attraction. This happens when one of you isn’t just not excited about someone but is actually turned off. It could be looks or personality or both, but whatever it is just isn’t working. For obvious reasons, this is a much bigger ask. 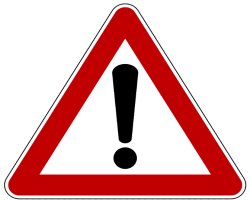 This big ask is where problems often arise. People may feel pressured into not letting their partner down and cautious of hurting other people’s feelings. It’s important to remember each other’s boundaries. Don’t try to cajole your partner into doing something he or she isn’t comfortable with.  You may be attracted to one half of another couple, but your partner should always come first in any scenario. Likewise, do not let your partner or the other couple pressure you into a situation you aren’t okay with.

Taking one for the team inevitably is about how much you are willing to do for your partner’s pleasure. For some people, this is of huge importance to them to the point they put their own wants on the back burner. Other people are diligent about not sacrificing their pleasure or faking it for anyone else’s benefit no matter how they feel. No answer is the wrong one, it just depends on where you draw the line.

Swinging is supposed to be fun and sexy and exciting for both of you. 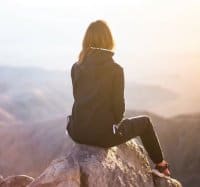 Some couples solve this problem by agreeing to either play separately at a club or party or even going out alone on hotwifing dates and other singe play activities. This allows them to hook up with other couples or single people while their partner does their own thing.

This takes a huge amount of trust between couples and is a rarer occurrence than couples who always swing together. Before entering into an arrangement like this, it needs to be established that your relationship is strong enough and it is what both of you want.

Be smart and take time to think about what is best for you and your relationship before jumping into anything.

Swinging Is A Team Sport 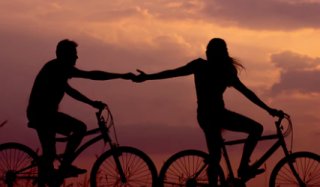 A large part of swinging for most couples is the element of enjoying sexual interaction with others together and finding pleasure in your partner’s pleasure. If something is persistently one-sided, resentment will eventually grow. Reciprocate the favors and compromises that your partner makes for you to the degree you are comfortable with.

If they compromise for you, do your best to be open-minded for them. This isn’t to say that just because your partner agrees to something you necessarily have to do the same but do your best to show them you are appreciative.  Don’t let it get to a stage that your relationship is unbalanced or one member feels taken for granted.

If compromising is a hard no for your relationship, then online dating is probably an easier option than only meeting other couples at clubs and parties. But pictures can be deceiving sometimes.  They may be old pictures, deceptive angles, or even photoshopped. So it is possible that meeting the couple you both got excited about online will still end up with the should someone take one for the team dilemma. 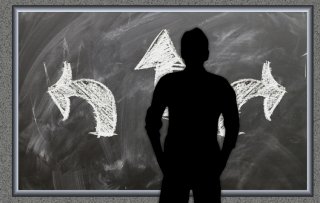 Some people are okay with compromising for the good of the team and even go as far as saying it brings them closer. Some people view making a sacrifice for their partner’s pleasure as a romantic gesture and say watching their partner be pleasured is sometimes enough of a turn on despite not being particularly attracted to the person they are playing with.

If you and your partner frequently find yourselves unable to agree on swinging partners, it could be an indication that you need to take a step back from the lifestyle. Think back to what excited you about the lifestyle in the first place. Are those factors still in play? Have you crossed so many things off your bucket list that the thrill is gone? It sounds crazy on the face of it, but sometimes having sex with a bunch of different people gets… well, boring. And sometimes the effort involved in finding potential partners, chatting them up, assessing the connection, etc. all become a bit of a chore. It may be argued that someone like this shouldn’t be involved in the lifestyle at all. This is probably a call for each couple to make but it is possible for everyone to enjoy swinging once they have the right environment and the right people around them. If you both aren’t honestly enjoying yourselves, then you should seriously consider a break from swinging to try something new for a while. It doesn’t necessarily have to be a permanent break.  Maybe you just need a breather to find that spark again.

Like we said, swinging is supposed to be fun. If you’re spending all your time arguing about who to play with, you’re probably not having a lot of fun.