You are here: Home / Lifestyle Tips / Swinging Unicorns – What, Where and How? 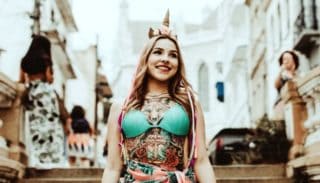 Ah, the unicorn. The elusive, the mystical, the highly sought after swinging unicorn. But what is it and where do you find them?

A unicorn refers to any single female in the swinging community. Contrary to popular belief, not all unicorns are bisexual but they do tend to be the most sought after.

Unicorns get their name by being notoriously rare and hard to find. If you happen to be one, you can expect to be the object of a lot of couples’ deepest desires.

Where to Find Unicorns 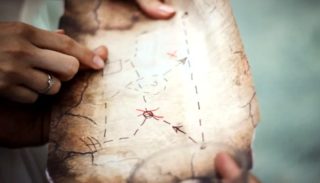 If you are thinking about lacing up your unicorn hunting boots to see if you can snare one of the mythical creatures, you are probably wondering where would you are most likely to find them.

A good place to start is one of several sites dedicated to the swinging lifestyle where you can browse profiles and check out date listings.

Keep in mind though that any unicorns sauntering around dating sites almost certainly have inboxes overflowing with offers from other couples so you are going to need to stand out to attract their attention.

It’s highly unlikely you are going to get a positive response to an email with a dull-as-dishwater subject line and just two or three generic sentences about how you are a couple looking for a third for play. You won’t get a unicorn (or anyone else, for that matter) to click on your profile unless you get her attention. And if you do generate some interest in your profile, you’ll want to make sure to include pictures. They do not have to be face pics, but they should be fairly recent and include both of you.

Tell her a bit about yourselves and why you are interested in connecting with her.  Make it clear that you have read her profile by referencing some things you have in common or mention something buried in her bio that most people probably skim right past. Taking the time to craft a personalized message isn’t just about trying to feed her the best pick up lines; it is a good exercise to determine potential compatibility. No, you’re probably not looking for a love match but shared interests or similar senses of humor go a long way in building connection and setting everyone at ease. Above all, convey your interest in her as a human being, not as some sort of lifestyle trophy.

You can try to pick up a unicorn at parties or swingers clubs, but be prepared to take a number when it comes to getting her attention. You could also try unicorn hunting in regular clubs to see if you can find one in the wild ;). It’s not completely unheard of, but it is a challenge. 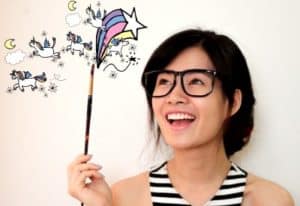 So what if you are not chasing unicorns but want to become one? It’s not a bad gig, being the most lusted after person in the room.  Here are a few tips for becoming a unicorn and finding a couple to have fun with.

You can find couples at the same places as talked about above. Parties, clubs, and apps or websites are your best bet. As a unicorn, you probably won’t have much difficulty with standing out and getting offers from Day 1. I mean just look at you, you majestic beast.

The most important thing as a woman on her own though is to make sure your safety comes first.

Go to only well-established parties, clubs, and gatherings where you know the hosts and other attendees will have your back should anyone get overzealous in their efforts.

If you are meeting a couple online maybe video chat with them first to make sure they are who they say they are. Obviously, without taking the spontaneity out of the casual sex aspect there is always the option to meet them beforehand for a drink or two in a public place before proceeding if you want to get a feel for them first. Not everyone is open about their lifestyle so if you don’t already have someone to confide in, do try and make some trusted friends in the community who you can let know your whereabouts.

What Else to Know? 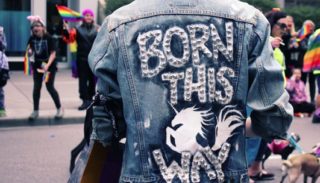 Some other things to remember if you are interested in being a couple’s third is that their relationship, unlike yours, goes beyond sex. Try to confirm they are both comfortable in the arrangement and make sure one isn’t being cajoled into the other’s fantasy. This will help to minimize any awkward moments or tension that could put a damper on the fun.

Always make sure you pay some attention to both parties regardless of who you are playing with. Not only will this help to avoid any feelings of envy or isolation, but it will also heighten your experience by providing greater sensory input.

Some couples are honest when they say they are drama-free. These couples don’t drag anyone into their personal squabbles and focus on having a good, sexy time.  And then there are the people who bring all their uninvited drama to the party.  Despite your best efforts at screening out difficult personalities, some will eventually sneak through. The truth is that people are unpredictable and any time real emotions are involved, things can get pretty complicated pretty quickly. Don’t be shy about exiting stage left the moment you find yourself in the middle of unwanted couple drama. Remember that you signed up for a threesome, not to referee a marital spat. Don’t let their issues become your problem.

Whether you are looking for a unicorn or ready to put on your dancing hooves, know your value, and take care of yourself.  Be smart and play safe.