You are here: Home / Swing & Tell / Our Stages of the Swinging Life Cycle

3rd stage lasted a few weeks with multiple discussions on to even get started if we even decided to try.

Stage 3.5 was posting a profile on AFF (also giving away the time) and starting to chat online with other people.

This portion actually lasted about a year.

4th Stage – The first meeting and nakey time. This was meeting our first couple and having our first experience. This was about a year after the first “Talk”. We met a couple and had a same room/same partner experience where they got down on one side of the hotel kind bed and we got down on the other side. There was no touching or interacting between the two couples but it was still exhilarating and life changing for us. We both had evil grins on our faces for days and we couldn’t keep our hands off each other because we felt so decadent.

5th Stage – Soft swapping. This started a few months after our first experience. We started interacting with other couples physically and truly had some fantastic sex, but did not have actual intercourse with them.

This stage was about 6 months.

6th Stage – Full swap. This was it. This was the moment. This was when we made it into the Big League and we were actually real swingers. We had been swapping so much we realized it was just one more act and a logical conclusion. It was awesome and it worked amazingly well for us. Sure we had some dead ends and some rejections and near misses. But we were doing it and it was working for us.

8th Stage – Cracks in the foundation. About 5 or so years into the lifestyle immersion phase, cracks started to develop. It wasn’t as fun anymore for either of us. Especially my wife. Two things were taking it’s toll. Age and all the guys that couldn’t get it up and wouldn’t or couldn’t use other methods and techniques to please her. Menopause was also starting to rear it’s ugly head. She was losing her libido and her interest. But since I was still wanting to live in this fantasy world, cracks also started to appear in our relationship. She wasn’t wanting to hit the clubs and parties like we used to. I was feeling held back and resentful. She was feeling like I only wanted to party and play with other chicks and since she was losing her libido, the other guys and other chicks weren’t doing it for her anymore.

This stage probably went on a number of months and ended when we started having “The Talks” again; only this time the talks were whether we wanted to remain in the LS at all or even still be together as a couple. We decided on staying together as a couple but the swinging and partying were probably going to fall by the wayside.

9th Stage – Closing Acts. We both acknowledged our swinging days were winding down. I was at 50 or a little older and she was almost 50. We were dropping out of the party scene but we actually played a handful of times with some old vanilla friends of ours that wanted to try swapping. We never did tell them we were practically professional swingers just a couple years prior. And one day out of the blue one of our favorite play couples called us and wanted us to come to their first small house party. I was hesitant and pretty ambivalent about but it was actually my wife that was excited about it and was urging us to try to get back in the saddle and see how it goes.

I ended up rocking it with the hostess and the other two wives at the party and for a moment felt like I was back in the game again. However my wife had a MFM with the host and one of the other guys but she said it hurt more than it was pleasurable and I could tell she just didn’t really care anymore. I knew then our days as swingers and lifestylers were pretty much over.

10th stage – Final Curtain. A few months after the last party, I acknowledged our swinging days were done and I asked her if there was any last thing she would like to do before we put the condoms and play bag away for good. I was expecting her to say a gang bang or a one-on-one with one of her favorite dudes or something. But what she wanted was something that she mentioned many times over the years but never panned out before – she wanted to sit in a dark corner and watch me with another chick. Not a FMF, we’d had plenty of those. She wanted to strictly be a voyeur and only watch. This was actually perplexing. Every fem we’d ever been with wanted to rub up against her (she is a beautiful MILF) but finding someon to just fuck me but be ok with her just sitting in the corner was head scratcher. I finally called up an old FWB from 30some years ago in my youth and ran it by her. she had never married and was very much a free spirit and surprisingly he agreed. We met for dinner. got a very nice hotel room with an upper deck. My wife got out her vibrator and watched my old friend and I from the shadows. It was actually a pretty awesome encounter but I knew without her saying it that it was my wife’s final curtain and our days of swinging were over. That was our last experience a couple years ago.

Final Stage – Retirement. I am now an old, has been, retired swinger. I consider myself an armchair swinger and Monday morning quarterback now. I still wish I was in the game. I do miss it. There are still some things on my bucket list but I don’t know if I’ll ever be able to do them or not. I am now like the sports commentators that used to play the game but are relegated to the announcer’s booth and no longer take to the field.

I used to be on the outside looking in and dreaming of being in the lifestyle as a wannabe. Then I was in it. And now I am on the outside looking in again but I have a different perspective as “Been There/Done That”. Some times I may come off as jaded or bitter. I’m really not those things, I love the lifestyle and I love swingers and swinging. I wish I was still on the playing field suiting up and playing the game.

But I can see the LS for all it’s warts and sores and scars and blemishes now. I may come off as harsh at times but it’s because I want people to know what they are really getting into and what some of the risks and ramifications can be.

So that is me and the stages and phases my wife and I went through in our life cycle as swingers. PLEASE SHARE YOURS and share what phases and stages you went through and where you are now and how you got there. You can also share where you would like to go.

Swing & Tell is a series of real life stories from real life people sharing their experiences with the swinging lifestyle.  Please remember that everyone’s situation is unique so what someone experiences might not be what you will experience.  Click here to share your story or read other swinger stories

Dr. Georgia & Will Fuchs are a married couple who have been enjoying their swinging time through the consensual non-monogamy community. Their  experience hasn’t been perfect or drama free but they don’t regret at all making the decision to start swinging. Join them as they share their insights on the swinging lifestyle. 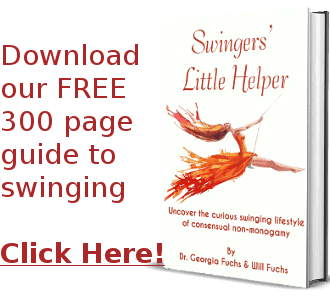 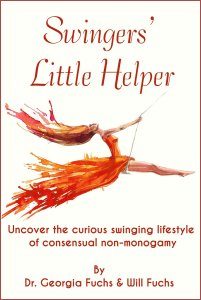 This 300+ page book is available in paperback or as an ebook. We explain the who & why of swinging as well as as the how, when & where to enjoy the most of swinging while also enriching your own private relationship.

Get Swingers’ Little Helper for Free!

Join our newsletter for a free copy of Swingers” Little Helper 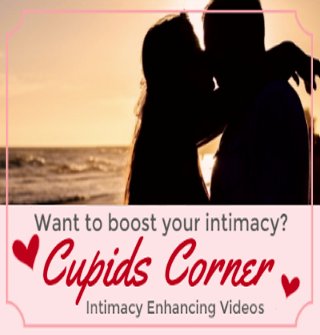