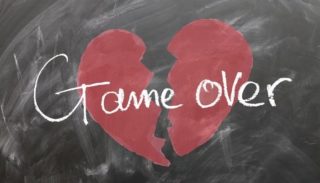 Bad dates happen now and then. If you are in the swinging lifestyle & regularly meeting new couples, it is only natural that some of these meetings won’t be a good match.  The same as in meeting people during vanilla dating, you can have more or less unpleasant experiences while meeting other swinger couples.

Let’s say you have met a couple online. You’ve talked for a while and you have the impression that you will also click in person. But, once you finally meet, you have an uh-oh bad feeling. The feeling telling you this is not going to work. Maybe they look nothing like their photos or they don’t seem as pleasant as during your online conversations. Maybe you feel their intentions are different than what you were talking about before the meeting. Your gut is trying to tell you something seems off. No matter what is the reason, if you or your partner feel like you should end the date, you should do it.

Ending bad swinger dates isn’t always easy. Although it seems like it shouldn’t be a problem, a lot of the time it is easier said than done. We can sometimes feel uncomfortable and unsure of how to handle it. Don’t worry.  We are here to help.

First things first, remember you are always allowed to choose and have preferences. Don’t feel bad if the only reason for wanting to end the date is a lack of attraction. Being turned down and politely turning down others is a normal part of a swinger lifestyle. Every swinger who has been in the lifestyle long enough knows this. And if they are mature adults, they will respect everyone’s right to choose and won’t take it personally. But since it never feels good to be rejected there are some ways you can end the bad date politely and safely and be respectful of others’ feelings. 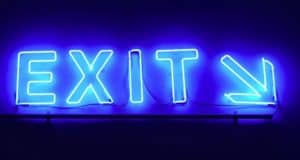 If you are meeting a new couple for the first time, plan and prepare an exit plan in case you want to leave as fast as possible. For example, at the beginning of the date you can mention that you have to check in on the babysitter, or you are meeting some vanilla friends later and unfortunately, you couldn’t plan it any other way. Or you can mention that you have to wake up early tomorrow for work or a meeting if your date is in the evening. That way, you always have an established excuse to leave early in case the situation doesn’t feel right to you.

The other possibility is to plan the first date as a sort of a “test date”. What I mean by that is, maybe go for a coffee or only meet for drinks and not a sit-down meal. This way you are giving yourself an option to see if there is a connection between the four of you, do you feel like it could work, and do you want to meet again for a longer date.

Before you go on any swinger date, talk to your partner about having some sort of a cue that you can secretly communicate with each other. You can use that to signal each other you don’t like the situation and want to leave or to signal everything is good and help you stay in sync with the comfort level of each other. These secret signals can be a sentence or a certain move. Whatever you both think will be noticeable enough to you while simultaneously not too obvious to the other couple.

Never depend on the other couple to give you a ride. If you drive, make sure that you or your partner don’t drink, depending on who agreed to drive. If neither of you drives, have another option ready. That way it will be possible for you to leave whenever you decide. But more importantly, this helps you stay safe because you won’t be giving your address to somebody who doesn’t need to know it. You never know how the other couple will react to you turning them down and you don’t want to spend a drive home in uncomfortable silence or worse.  This is especially important for the safety of single swinging ladies who tend to be offered free rides more often. 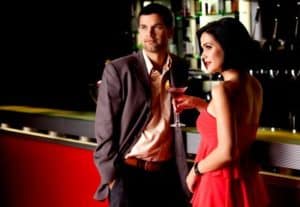 As soon as you see signs that this date isn’t headed in the direction you expected and wanted it to, start sending out little signals early. For example, if a bartender comes to check would you like to order anything else, don’t order a second drink. This way you’ll send a signal that you are not planning to stay much longer.  You also want to go very easy on alcohol when meeting new people.  You don’t want to be drunk & make a bad impression of yourself.  You also want to be observant for any warning signs that the other couple is not a good match.  This isn’t solely about safety (which is super important) but also to avoid bothersome drama-filled couples or couples with unsexy habits.  Try to stay mentally sharp during your first meetings.

You don’t want to end up being chased by another couple because you weren’t honest and gave them false hope.  Avoid sending out mixed messages by saying something just to make them feel better about being declined. Truth can hurt sometimes but lies can be even worse. The swinging community is based on trust, you don’t want to lose that trust from others in the community because you didn’t have the strength to express your feelings and wants. Always be as honest as you can be when politely rejecting swingers. But don’t mistake honesty for being rude. You don’t have to be brutally honest.  Stay safe and try to avoid making someone angry by not being respectful.  You can always thank them for meeting up but regretfully admit there isn’t a good four-way connection and keep it as simple as that.

When turning somebody down, remember to be respectful of their feelings. Avoid making anybody feel like they are to blame that this isn’t working. Try to use “we” or “I” as often as you can. Instead of saying “You aren’t attractive enough.” say “We have different preferences when it comes to looks.” Or you can even skip the second part and just say “We have other preferences.” You don’t have to explain yourself to the smallest details. You have the right to turn down something you and/or your partner don’t like. Try to always use a more polite way to express things. Instead of saying “We don’t find you interesting enough.” you can say “We don’t feel like we clicked.”

Not only is this way of expressing your feelings more considerate but it is also safer. Always make sure to stay safe. And one way to do it is not to be rude and impolite to others. You never know how someone may react to criticism. 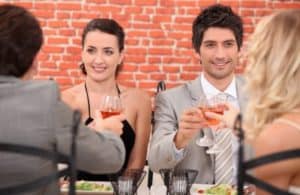 Chances are when you are rejecting someone, you will feel uncomfortable and may try to minimize the negative feelings of rejection they might have. Be prepared that saying goodbye and ending the date can feel awkward. It often leads to saying things that aren’t true. That is often a big mistake. Even though you may think you’ve sent enough signals for the other couple to realize that you actually have no interest in meeting again, you can’t be sure they really got the message if you send mixed or misleading signals. You may end up in an even more uncomfortable situation when they contact you again after some time and try to arrange another meeting. Then you’ll have to make an excuse again or decide to be honest. Either way, there will come a time when you’ll have to say you don’t want to meet them again. So, it is better to handle that now than later.

Expect this awkward moment when ending dates and prepare for it. Have a neutral sentence you can say before you leave so you won’t end up in an even more complicated situation. You can say something like “It was nice meeting you. We hope you have a great day/night. ”

You don’t owe anybody an explanation for why you don’t like something or why you want to leave. As long as you are polite and respectful of others’ feelings, you have every right to express your needs without being judged.