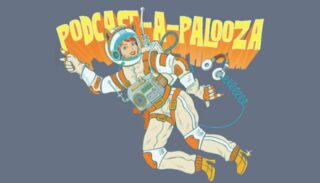 Podcast-A-Palooza is a lifestyle event managed by Wanderlust Swingers.  They brought together a gaggle of swing lifestyle podcasters and took over an entire hotel beachfront hotel in Miami, Florida for 4 days to party and offer some workshops.  We bought tickets and attended Podcast-a-Palooza under the radar so we could share a typical PCAP attendee experience with you.  Here is how it all went down.

PCAP was supposed to be in 2020, but pandemic craziness happened instead.  We really have to tip our hat to Cate from Wanderlust Swingers on how she handled the crisis.  She canceled the event and offered cash refunds despite personally losing what we assume must have been big money on non-refundable deposits. She could have taken the same stand as other LS companies and refused refunds during COVID.  PCAP put the community ahead of profits and we will remember this.  Instead of taking a refund, we opted to re-register for the rescheduled event.  While in lockdown, we were able to take advantage of complimentary virtual PCAP  meetings that were really fun. 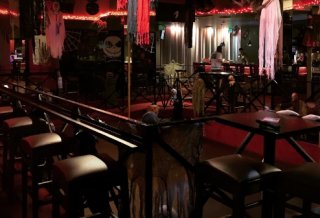 Finally vaccinated and out of lockdown, we arrived two days early to ease into things.  Cate was a great hostess. She did an amazing job of welcoming everyone and never let us see her sweat, even though she must have been dealing with a ton of last-minute things. About 50 other couples came early too, so a bonus trip to Trapeze swinger club was added. We hopped on the party buses to Trapeze on Thursday night. It was like a club takeover before the hotel takeover. Trapeze lived up to its solid reputation and surprised us with really good food. We normally never touch the food at these places but Trapeze had one of the best food spreads we’ve seen at lifestyle clubs. The downside is that it was a 50 minute trip from our South Beach hotel, but the music was pumping and the pole grinding started before our bus even left the hotel parking lot. So much for slowly easing into things! 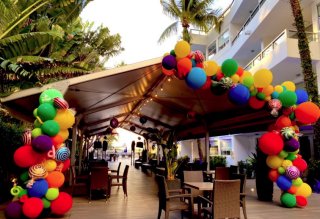 The hotel is not a conference hotel, nor was it designed for a private swinger takeover.  PCAP did a good job converting it. They installed a privacy screen so people using the public beachwalk behind the hotel couldn’t look in. They also had security positioned at all the entry points so no one could get in without a wristband. Instead of being in typical boring conference rooms, the seminars took place in the hotel’s art gallery. It looked cool, but we were kind of freaked out sitting next to art selling for more than our car. The massive outdoor tent became the nightclub. Some of the hotel staff was aggravating at times. It felt like the hotel knows they have a prime beachfront location in South Beach, so some of them don’t seem to put in much effort. Whatever the reason, service could have been better. The regular hotel drink prices are ridiculous. Thankfully, once PCAP officially started, they offered drink specials that were basically half off the regular price. 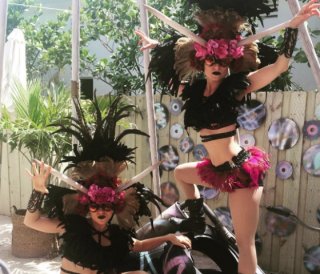 A difference between PCAP and other takeovers we’ve been to was the community. There was a good age range, and we were surprised to see so many younger lifestylers show up. And the group really gelled. It helped that PCAP gave attendees a free private app to chat with each other and organized those virtual parties.  Because of that, a lot of people felt like they knew each other before meeting in person at PCAP.  At other takeovers, people will host small private groups in their rooms. At PCAP, some stepped up and hosted parties open to everyone. There was a wine & cheese (Shark Coochie) party & a ladies clothing exchange over mimosas, as well as food tours and other stuff that attendees organized on their own and opened to everyone.  There was so much going on that Cate had to rearrange the schedule to avoid overlapping. 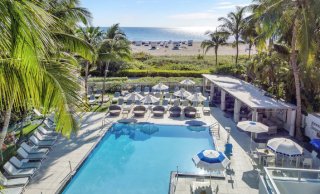 The daytime pool parties were great.  Casual Toys and Double Date Nation were very generous with prizes.  Usually, at things like this, it is one or two meh prizes. Not so at PCAP. On the first day, they brought out a Santa-size gift bag and walked around the pool doing ice breakers and rewarding those who had been naughty. The daytime DJ did a solid job.  We wish he also did the nighttime parties.

The nighttime party themes were top tier.  A lot of the credit goes to PCAP for coming up with good themes, but we have to hand it to the attendees who went over the top with their costumes.  At other takeovers we’ve been to, less than half of the attendees dress up for the themes and often only the women.  At PCAP, it was closer to 90%, and the men really got in on the action each night.  People must have spent their COVID lockdowns working on their outfits.  We’re talking custom hairpieces, led lights, and more.  Desert Rock & Down the Rabbit Hole were awesome, but our personal favorite was the Music Awards night for the costumes.  Some people went formal with tuxedoes/evening gowns & others went with spot-on Britney Spears, Madonna, Lil Kim, and Kanye looks. It felt like an A list party. Seriously, check Twitter for pics.  The nighttime music was disappointing at times (we’re not fans of EDM), but the vibe stayed great. 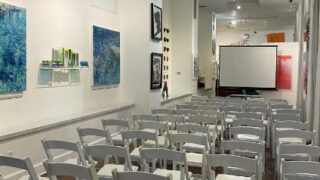 As for the seminars, the podcasters brought it.  Each one had good turnout, and they were all so unique.  We attended most of them, which surprised us because we love spending time on the beach and at the pool. What surprised us the most was how authentic the podcasters are in real life. And generous! They all contributed freebies to the goody bag (water bottle, vibrator, condoms, candy, velvet toy storage bag, sunglasses, & more).  Our first thought was, “Crap, this is actually good stuff; now we need to find room in our luggage.”  We managed to find space for all of it.   What you hear on their podcasts is what you get in real life. They were all approachable, and we chatted with many of them throughout the weekend. 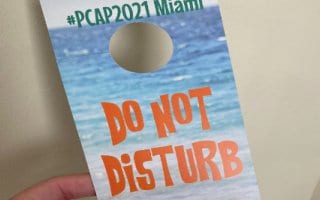 The playrooms were converted hotel suites.  They had rooms for sensual massage, group play, and a Tremor sex machine room.  The organizers did a good job supplying the rooms so each group could have a clean setup.  Most of the people we chatted with preferred to play in their rooms.  The downside of Miami is you can’t really do an outdoor play area like at lifestyle resorts, but it was nice to be in the middle of South Beach with good restaurants and shops on the same block.  There was some late-night pool fun, but skinny dipping was not allowed. It’s the good and bad of doing something in South Beach. 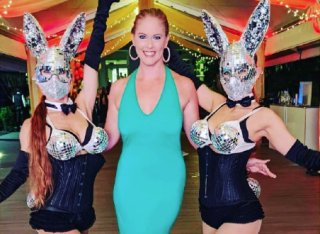 Overall, PCAP over-delivered.  It wasn’t cheap (nothing in South Beach is cheap), but it was a really good value and a great time  Maybe we had too much fun because we were so wiped out when we got home that we had to take an extra day off.  It was way better than any other hotel takeover we’ve tried. We can’t say that it is better or worse than Desire or Hedo because it’s really apples and oranges. PCAP is such a unique experience and deserves to be added to the top tier of swinger trips.  We definitely want to experience it again!

The next PCAP event will be in Dallas from November 5-8.