Many people have wondered if there are any Muslims in the swinging lifestyle.  There is a simple answer – yes!  Muslims enjoy the lifestyle as much as Christians, atheists, and everyone else.  There is no religious requirement for joining this welcoming community.  There are many Muslims in the United States, across Europe & the Middle East that regularly enjoy the clubs & party scene.

Of course, this doesn’t mean that every Muslim is a swinger.  Like other religions, there is a wide range of personal viewpoints.  Some Muslims follow a more conservative understanding and others follow a more flexible understanding of their religion.  So don’t expect to see a burka at the club next week.  The Muslim swingers you are likely to encounter tend to follow a flexible understanding which allows them to dress just like everyone else. You might have already chatted with Muslim swingers and not even realized it because they will look just like you.  Don’t assume all swingers are Christian or atheist.  The lifestyle attracts people from all religious perspectives.

Roughly 3.5 million Muslims are living in the USA plus 5% of all British people are Muslims and in many other areas like Turkey or the Middle East, it is the vast majority of people.  So, if you are in the swinging lifestyle long enough you will encounter Muslim swingers. 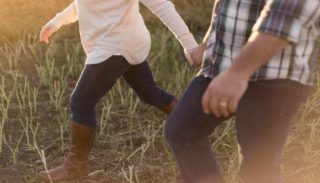 Now, is a good time to clarify a few misunderstandings about Muslim swingers…

Misleading Skin Color – Some people think that skin color is a way to identify Muslim swingers.  That is not the case.  There are plenty of Caucasian and black swingers that were raised Muslim or have converted to Islam.  There are also many people from Africa and the Middle East with darker skin colors that are not Muslim so make sure to not confuse skin color with religion.

Many Muslims Are Pro-Women – As we mentioned earlier, there are many different understandings when it comes to any religion.  There are some very conservative Christians, Jews, & Muslims that are not fans of any feminism and do different things to hold back ladies.  These conservative viewpoints are less of an Islam issue and more an issue for all religions.  Thankfully there are also many Muslims, Christians, & other religious people that have a more loving interpretation of their faith.  These people choose to support and empower everyone.

Muslims Aren’t All Foreigners – Don’t expect a thick accent when talking with a Muslim swinger.  Most of the Muslims you’ll find nearby were probably born and live in your local area.  Of course, the world is a big place and plenty of people do like to move around so there you can come across some people with accents.

Muslims Are Open to Others – Muslims tend to be a very diverse mix of people who are very welcoming of others.  Most Muslim swingers are not looking to limit themselves to other Muslims.  They love to connect with others and make new friends.  Nice & respectful swingers are Halal (aka permissible to Muslims) and immature or rude swingers are Haram (aka prohibited to Muslims). You probably don’t limit yourself to your own religious matches, so don’t think that they would either. 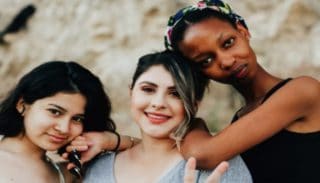 The best way to meet local Muslim swingers is to join the local swinger dating site that all the other local swingers are using.  Remember Muslims are just like atheists and Christian swingers – they don’t limit themselves by religion when there are so many sexy people with different beliefs.  To your typical Muslim swinger, it is more important to make connections with fun & good people regardless of their personal religious status.  Though not everywhere in this world are we allowed to be so carefree.

The Middle East & Asia has a large number of Muslim people but often these countries also have strict laws against swingers that are enforced by the special morality police.  If you are visiting one of these countries, be smart and stay safe.  You do not want to be arrested or accidentally expose others to arrest and physical punishment.  Some countries are downright unsafe for any swinging, which is why many Muslim swingers will vacation at a swinger resort, like Desire Resorts, or join the swinging cruises.