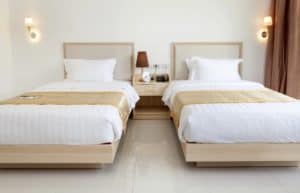 Parallel play swinging is the act of having sex with your partner in the same room and at the same time as another couple. It is also frequently referred to as same-room sex. Parallel play is not technically a foursome, nor is it full swap swinging, because no partner swapping is involved. However, it’s a common term commonly used in the swinger community.  Many veteran swingers use parallel play when the situation calls for it like when they don’t have condoms or if they are trying to become pregnant and don’t want to swap partners.  Parallel play is also often used as a gateway into the swinger lifestyle. Even if it doesn’t lead to further exploration into the world of partner swapping, it’s a fun and monogamous way to spice up your life in the bedroom, and try something new with your partner!

Competitive? Having some friendly competition might inspire you to pull out all your best moves, or make the sex last as long as you can. However, knowing that someone else is watching feels really exciting, and might also make men orgasm quicker, but this is normal and becomes less common the more often you play with others in the room. If you like the idea of an audience or consider yourself a bit of an exhibitionist, you’ll love parallel play swinging. 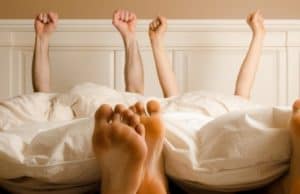 Same-room sex is not surprisingly, always done in the same room. But whether or not you and your partners decide to share a large bed or get a little more space by playing in two separate beds is up to you. Sharing a king-sized bed is more intimate and allows for some light brushing up or touching. For more distance, two separate beds will guarantee division between the other couple(s) in the room, and you and your partner. Usually, parallel play is done with just two couples, but really there’s no limit to how many pairs can be in the room making love simultaneously.

If you are looking to have your first same-room sex experience in your own home, you will need to consider what kind of space you have for everyone to be comfortable. Even if you don’t have two beds, a big sofa might do the trick! Otherwise, it’s easy to search for a hotel that can accommodate your group.

Where can you find other pairs that want to participate in parallel play? Well as mentioned previously the term is grouped in with swinging, so even if you’re not looking to do a full partner swap, a swinger’s club or swinger dating site is a great place to start. The swinging community is all about offering a safe environment that allows you to satisfy your curiosities and desires in a space that’s free of judgment, so you don’t have to worry about feeling shy. You can bet that people who are into full swap swinging have probably also tried parallel play, so mingling at a party can be a great way to meet interested couples, and couples with some (or lots!) of experience.

Additionally, if you have some sexually adventurous friends you could always pitch the idea to them, as long as you’re not worried about the experience affecting your friendship. This is usually more of an issue with threesome situations where the numbers are out of balance, and less of a worry for the couple’s parallel play. But a lot of people prefer to keep swinger-style sex anonymous for this very reason, which is another benefit to seeking a pair at a swinger club or online. Parallel play doesn’t involve any deep intimacies with another party, making it easy to keep the emotional attachment at a minimum. 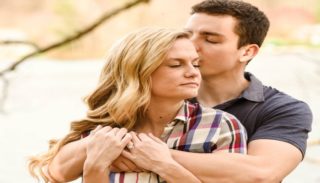 If you or your partner have concerns about any potential jealousy issues arising after participating in non-monogamous sex, parallel play allows you to explore the idea and test the waters of new shared sexual experiences before deciding how comfortable you are with exploring more of them. For now, it’s still just the two of you doing what you do best! This entry point comes with a lower risk than trying something that you or your significant other might not be ready for and having it spoil your desire to venture into something else.

But there’s nothing to be shy about! Tons of people have tried same-room sex in some form or another. Sometimes it’s unplanned and unfolds organically when two people are sharing a college dorm or a hotel room on vacation, sometimes people seek out vacations specifically where swinging is part of the draw. If it hasn’t happened organically for you in the past and you’re rearing to give it a go, taking control and actively searching for another pair is the most effective route.

The most common next step for couples is a soft-swap swinging, which involves some interaction between couples. This is now technically a foursome (but who’s counting?). The various combinations of what this involves can range anywhere from kissing and touching, all the way up to oral sex between non-coupled partners; the only thing excluded is actual penetration/intercourse, which is then officially a swap. The boundaries of this are generally agreed upon beforehand, and the limitations may differ for each person involved. Additionally, if any of the players are bi, there are more possibilities for exploration. If there’s something that turns you on and you want to explore during your play, it’s worth discussing with your partner, to get the most out of your sexy experience and satisfy all your desires.

If you’re sexually adventurous or even just curious about what swinging might bring to your sex life, parallel play is definitely the best place to start. You have nothing to lose! Worst case scenario you’ll walk away with a funny, wild, or endearing memory to share with your partner. Best case, you find something sexy that opens up more doors to satisfaction and sexual excitement for you to enjoy together.