You are here: Home / Swinging Basics / How Popular is Swinging? 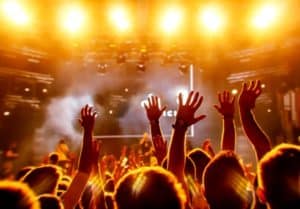 If you’re taking your first tentative steps into the world of swinging, don’t worry – you’re definitely not alone. Swinging is a fast-growing form of non-monogamy.  The exact size of the community is difficult to track as swingers tend to value their privacy greatly. It remains vibrant, diverse, and constantly changing.

Most of the studies from the Electronic Journal of Human Sexuality are from the 1960s and 1970s when swinging first caught the public interest. It is thought that this form of non-monogamy became popular after the free love movement of the 1900s, particularly between 1915 and 1925 in New York.

In the 1950s, parties of curious couples spread among the suburbs and became more common in wider society. During the 1960s, interest in the movement surged with couples swapping details through the personal ads in specialized magazines or meeting in clubs and bars that had a reputation for being friendly to swingers. Research published in 1971 found that most swingers were professionals, with 42 % of men surveyed working as salesmen.

The term ‘swinging’ was coined in the 1970s and replaced the term ‘wife-swapping.’ Swinging dropped from view in the following decades. Still, other forms of non-monogamy, like polyamory and open marriages, began to be explored.

Despite social mores changing over the decades, sharing sexual partners is still largely taboo, and as a result, there have been few studies that address what percentage of the world practices swinging. This is largely due to the controversy around the subject, and most swingers are discreet about their lifestyle and keep it confined to the bedroom. 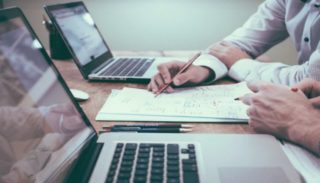 The most recent count of self-identified swingers in America, carried out by the Kinsey Institute, revealed that around 4 % (4 million) of the population put themselves in this category. If this percentage hasn’t changed, this would mean that the number of swingers today would be around 15 million. However, some studies suggest that the rate might be even higher. A 2016 survey revealed that as many as one in five Americans admitted to having practiced some form of non-monogamy in their lifetimes.

Other figures include the AdultFriendFinder website statistics, which is one of the oldest and largest swingers’ dating sites, which has over 27+ million members, but that includes many single people looking to hook-up with other singles.

The demographics of swinging and non-monogamy are believed to have changed significantly in some areas too. Whereas the traditional image of swingers is of an older, wealthy heterosexual couple, today, non-monogamous people are significantly younger and incredibly diverse. A 2018 comparison of monogamous and non-monogamous people revealed that only 36.4 % of the non-monogamous sample was identified as heterosexual. A 2016 Canadian study of polyamorous respondents found that 75 % were aged between 25 and 44. However, what hasn’t changed is that swingers are still well educated, as 62.5 % had a bachelor’s degree, 15.3% were students, and 17.4% worked in IT.

Finally, the most important thing is that the popularity of swinging and non-monogamy has by no means peaked. The community’s potential for growth is surprisingly enormous.

A 2016 poll found that 31 % of women and 38 % of men thought their ideal relationship would be a form of non-monogamy.  That is a large population of ‘swinging curious’ people for you to meet. This number can be expected to grow as established trends show traditional attitudes to relationships relaxing over time in everything from same-sex marriage to divorce to cohabitation of unmarried couples.

A breakdown of attitudes by age in the UK shows that 53 % of 18-30-year-olds find non-monogamy morally acceptable, compared to 21 % of the over 60s.

Though it can be hard to know for sure how popular swinging is at the moment, we do know that the future is a bright one for swingers, and the community keeps on growing.

For more insights into swinger, check out the results of our 2020 Swinger Survey.