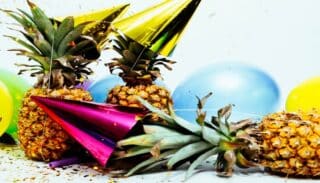 Contrary to popular belief, swingers are not sex-crazed individuals constantly looking for sex with strangers. Since the sex revolution in the 1960s, people have become more engaged in swinging activities with their partners, with at least 2% of the USA population engaging in these activities.

However, there are still many misconceptions, such as fake symbols and universal rules about this lifestyle. We are here to debunk them. Due to the growing interest in this experience, there is a need to shed more light on the swinging experience, what it entails, and all you should know.

So, do you want to discover some truth about the swinging lifestyle? Snuggle up with your partner and read on.

People claim many symbols like an upside-down pineapple, a black wedding band worn on the right hand, hot tubs, garden gear and home decorations, wristbands, anklets, and the swing, are telltale signs of hardcore swingers.

Of all the symbols mentioned above, only the swing, black wedding band worn on the right hand, and the upside-down pineapple are even quasi-reliable indicators. The other so-called markers are based on loose associations and faulty assumptions. Researchers and your friendly neighborhood swingers have debunked these claims.

Swingers are very much like vanilla couples.  Vanilla people don’t post a billboard on their front yards or wear a particular piece of jewelry when looking for someone to date.  Don’t expect swingers to act differently.  They value privacy & discretion as much as vanilla people. 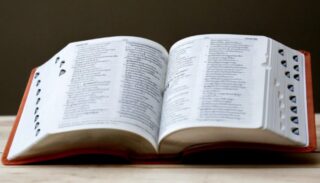 Maybe you didn’t see something, but you heard something and are wondering if it was a swinger codeword.  Swingers do like to protect their privacy.  So a swinger lingo has developed, and swingers might mention some of these terms even in mixed companies.  Sometimes it is accidental. At other times, it is to hint that they are swingers to gauge reactions.

Most swingers don’t try to hit on vanilla people. In addition to not being on a mission to recruit people into non-monogamy, most swingers aren’t interested in chaperoning their friends through the jealousy & other emotional challenges that swinging can bring up.  That is why there is a general swinger mantra of, “Better to make friends out of swingers than to try to make swingers out of friends.”

Here is the most likely swinger lingo a vanilla person might overhear.

For a complete rundown of swinger lingo, check out our swinger glossary.

Symbols could make it much easier to identify like-minded people with the same sexual interests as you do, but getting a membership with a sex club or swinger club makes for better odds of meeting fellow swingers. Most swinger clubs that don’t have permanent gathering space organize events in hotels or rented homes and charge a small door fee and a yearly membership fee.

How To Find Real Swingers 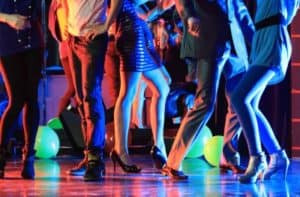 When you want to find a date, you head to a dating site.  Well, the same thing applies to swingers.  When you want to find a real swinger, you head to a swinger dating site. Each area favors a different one, so we created a swinger dating site chart to determine which is best for your local area.  The paid sites tend to perform much better.  As much as we hate those paywalls, we have to admit they keep out a lot of troublemakers & picture collectors, which saves us all plenty of frustration.

These swinger sites also have a listing of local swinging clubs and a calendar of their upcoming parties. If you don’t enjoy online dating, you can join to look at the calendar of events and then head to your local swinger club.  Swinger clubs are very welcoming & no-pressure environments.  You don’t need to do anything besides be respectful of others.  Swinger clubs have clear rules to ensure everyone’s safety.

Why Most Swinger Symbols Are Fake 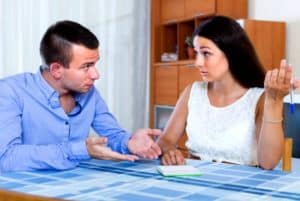 Most swingers greatly value their privacy, which usually means keeping a low profile and not publicly advertising their non-monogamy status.  Even if easily identifiable swinger symbols were an actual thing, they would be self-defeating.

Remember that swingers aren’t sex-crazed animals constantly out on the prowl. Most swingers are selective about who they invite in for bonus sexy fun. That is why swingers generally aren’t looking for the insanely random hook-ups that would result from relying on secret symbols.

If you’re new to the swinging game and find yourself wondering what certain emojis (like the fruit cocktail stars pineapple and peaches) mean or how to navigate the swinging lifestyle, read  Swingers’ Little Helper. It is a 300-page guide to swinging that will answer all of your questions about the non-monogamous lifestyle. Remember that false ideas and misconceptions of swingers are widespread.  If you are confused about a particular symbol, it is wise not to jump to assumptions and avoid embarrassing situations.