You are here: Home / Lifestyle Tips / Connecting With Latino Swingers 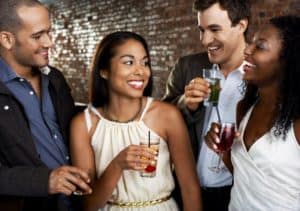 The Latino community is no more of a single homogeneous group than the European Union is.  Latinos come from many different cultures.  Anyone whose ancestors are from 20 different Spanish-speaking countries is considered Latino.   There are some that speak with sexy accents & others have no accents.  There are some that speak Spanish and some Latinos that only know English.  There are some lighter skinned & some darker skinned Latinos. We know Hollywood likes to keep things simple and repeat stereotypes but that is simply not reality. Latino refers to a diverse ethnic group, not a race.

Latinos & Latinas enjoy the swinging lifestyle as much as any other group.  They have their own personal styles and preferences and respond best when you treat them with the same respect you would want to receive.

How to Find Latino Swingers?

If you are trying to specifically connect with Latino swingers, there are some Latino-centric swinger groups on the swinger dating websites that you can join.  Why are there groups just for Latino swingers?  Sometimes it is nice not being the only Latino couple at a party or being able to not worry that a new couple is chasing after you because they have a Latino fetish.  These groups are more about cultivating a welcoming environment & making people who otherwise might be overwhelmed in all of the hustle & bustle of the swinging lifestyle feel more at ease.  Another benefit of these groups is that Latinos don’t have to waste time dealing with stupid & offensive myths.  Here are some of the more common debunked myths about Latino swingers…

There is a myth that because they come from countries in hotter climates they are inclined to be sexually insatiable with almost uncontrollable lust.  Latinos are the same amount of sexy & in control of their desires as everyone else. A sexy Spanish accent might drive some people wild, but rest assured that Latinos & Latinas are not hypersexual – just regular sexy which is more than enough to have a great time.  When chatting with Latinos try not to ask about this myth as it is rooted in racism.  This hypersexual myth might seem complimentary at first glance (which is one reason why it has persisted) but it implies Latinos can’t control themselves, which is why racists spread this myth.  Just remember that biologically speaking, all humans are about the same.  No single race, skin color, or accent is an indicator of a higher or lower sex drive.  So make sure you respect everyone equally.

Not All Latinas Are Submissive & Latinos Aren’t All Dominant

There are myths about Latino male machismo & Latina ladies that cater to their every need.  Being dominant or submissive is not determined by your ethnic or racial background.  Think about your non-Latino friends.  Are all your white female friends bossy?  What about all of your black female friends?  Nope.  Some might be but some might be just the opposite.  This myth is a bit rooted in the Catholic upbringing that is common in many Latino families and girls supposedly being raised to be pious & subservient to their men.  Surprise!  That is just not reality.  Are your white Catholic female friends like that?  No, so why would you think Latina women would be?  Each person has their own spot on the dominant/submissive scale and while there are many different things that influence your personal preference, it is not because you are or are not Latino. 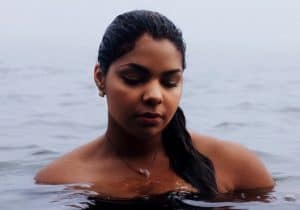 Don’t get us wrong. We love Latinas and they are definitely sexy, but they aren’t the extreme stereotypes you see in swinger movies & TV.  Hollywood really enjoys pushing the stereotype that all Latina women are ultra sexy with extreme high heels, luxurious hair, incredible make-up & nails, not to mention ostentatious jewelry.  That is just not reality.  Latinas are just like white swingers, black swingers & all other swingers.  Some like high heels & others prefer more casual shoes.  Some like make-up & others prefer a more natural appearance.  There is no single grooming approach that all Latinas follow.  They also come in all shapes and sizes.  Some are tall and others are short.  Some are extremely curvy; some Latinas are not.

They are all individuals with their own body type being presented in their own sexy style.  A good way to impress a sexy Latina is to not fall into this stereotype trap.  Don’t comment on why they do or don’t match Hollywood’s stereotype.  Be mature enough to compliment them about something real that captured your attention like their pretty eyes, or sweet smile, or whatever else you enjoy about their individual appearance.

Don’t Ask Them to Speak Spanish

Backdoor sex is becoming more common for all people, but not everyone has tried it or likes it.  If you like it, never assume your Latino swinger friend shares the same feelings.  As always, show respect and ensure proper consent in all of your sexy get-togethers.

If you insult a white person and they respond, would you call them fiery?  Doubtful.  So don’t discount the feelings of a Latino person by calling them “fiery” or “spicy”.  Those terms have the potential to be very hurtful & offensive because they are associated with the false Latino stereotype.  Not every Latino is offended by these terms but some are offended.  Be respectful and don’t risk it.  Simply use other terms to compliment and  flirt with your swinger friends.  Remember your Latino friends are human just like you & have feelings that can be potentially hurt.  Be smart and treat them as you would want to be treated and make sure to stay away from insensitive stereotypes. 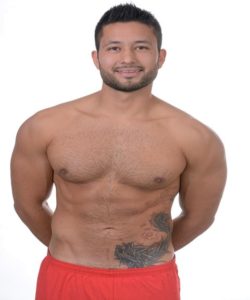 All men, regardless of race or country, have about the same sized equipment when it is measured by a doctor using the same procedure & when the results are tabulated by a non-racist researcher.  The problem is that the false racist stories are much more enticing to curious readers.

Yet again we have to debunk a racist narrative – this false claim that the Latino community developed larger equipment in order to reproduce more often while diminishing the intelligence level of the offspring. That is all false.  What is true is that humans are humans.  We are all biologically the same.  Some people will have slightly bigger equipment & some will have slightly smaller equipment but skin color or cultural background has no influence on it.

Many Latin people do enjoy spicy food.  Eating spicy foods tricks your body into sweating & sweating is how your body cools itself, which was very useful for their ancestors who tended to live in warmer climates.  This doesn’t mean every Latino/Latina loves spicy food just like not every American loves hot dogs or every Canadian loves maple syrup.  Sure, many do love those things but remember we are all individuals with our personal preferences.  If you do enjoy some spicy Latin food, make sure to wash your hands before playing because those hot spices don’t really feel good on the sensitive equipment down below the belt.