You are here: Home / Lifestyle Tips / How and Why to Close an Open Relationship 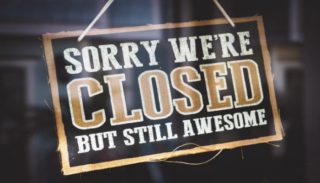 More and more couples are recognizing the benefits of ethical non-monogamous relationships and choosing to try various forms of these arrangements for themselves. Some couples who have enjoyed the lifestyle for some time choose to open their committed relationships. At the same time, other couples who have never considered swinging also sometimes decide to try an open partnership. Usually, these decisions are made after a lot of thought, soul-searching, and quite a few difficult conversations.  But one of the things that sometimes gets left out of discussions about opening a relationship is talking about the potential for closing them. Open relationships don’t work out well for everyone who tries them, and couples mustn’t feel stuck in an arrangement that is not meeting their needs.

Why Close an Open Relationship? 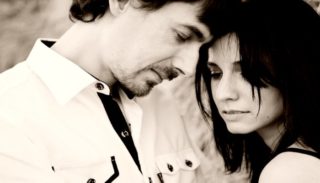 The reasons people may want to close an open relationship vary as much as the reasons people want to try them in the first place.  The bottom line is that if one or both partners’ needs aren’t being met, then the open arrangement isn’t working and should probably be closed ASAP. Whether the switch back to monogamy is temporary or permanent will depend on how the couple processes the issues in their open arrangement and decides to move forward.

Contrary to popular belief, cheating can be an issue in open relationships. Being in an open relationship isn’t a free for all. It is simply a different kind of agreement with other rules that can be broken. Some couples create rules for sexual activity outside the primary relationship that might include who, what, when, and where is okay. Examples include: no close friends or co-workers; no repeats; only during business trips; and never at home. If a partner violates any of these rules, then his/her partner might experience a loss of trust and feelings of betrayal, similar to what happens when someone in a monogamous relationship commits adultery.

According to the study  ‘No Expectations’: Straight Men’s Sexual and Moral Identity-Making in Non-Monogamous Dating, most people in ethically non-monogamous relationships are still against cheating. They always want to be honest with their significant other and have their consent whenever they engage in sexual activity with someone else. Cheating is seen negatively, and many of them wouldn’t want to have sex or be in a relationship with someone who cheats on their partner.

Cheating is not always physical. Emotional infidelity is one common reason for a partner to want to pull out of an open relationship. Some people are fully able to separate sex and love and do not feel threatened by their partner’s sexual activity. But emotional intimacy sometimes grows with sexual activity. It can be challenging for someone to see their life partner build a deep emotional connection with someone else even if s/he has broken none of the open relationship rules. 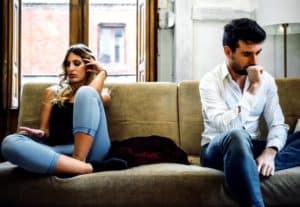 While it is easy to see how adultery might hurt the person who is being cheated on, the other can also feel like they can’t be satisfied if they respect their partner’s limit. In the study on ‘No Expectations,’ some people noted that they were dissatisfied by the lack of emotional connection in dating culture. It is easy to have sex with someone they met through dating apps, but it is not the same as physically connecting with someone they actually have feelings for. If the open relationship rules only permit sex with people they feel nothing for, they might find non-monogamy unsatisfying despite all the sexual freedoms it can entail.  This can lead them to close their relationship because they are not satisfied with the sexual aspect of ethical non-monogamy.

This study also reports that openness and intimate disclosure are essential for healthy non-monogamy. If someone is too secretive about their sexual adventures with other people, their significant other might consider it hurtful. Some people would say that this is what differentiates ethical and non-ethical non-monogamy. If someone doesn’t share enough details on who they spent the evening with, their partner might feel like they can’t trust them anymore and decide that they need to close the relationship.

Moreover,  the problem might not be the relationship itself but how it is perceived by society. Consensually non-monogamous relationships are highly stigmatized, as reported by Unique and Shared Relationship Benefits of Consensually Non-Monogamous and Monogamous Relationships. More than a quarter of people in open relationships who participated in the study reported having experienced discrimination based on their relationship status. That might be because many people assume that non-monogamy is necessarily cheating, which people involved in the swinging lifestyle know is just not true. The potential fallout from being ‘outed’ as non-monogamous leads many people to keep their real relationship status hidden. This pressure, particularly when combined with changes in life stages such as having children or taking on a more public professional role, may lead some couples to choose to live monogamous lives even though it is not what they would choose given a real choice.

How to Close an Open Relationship 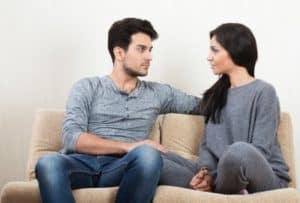 First, you might want to consider why you chose to be in an open relationship. The study on Unique and Shared Relationship Benefits of Consensually Non-Monogamous and Monogamous Relationships reports that most people entering open relationships are looking for fulfillment, individual growth and development, and various sexual and non-sexual activities. Some couples might find that they are still interested in these things after trying an open arrangement. In these cases, other non-monogamous relationship agreements such as swinging are better for the health of their partnership.

While communication is a key element of open relationships, a lack of it can truly hurt both partners. Make sure to quickly open up about anything that is going wrong so you will be able to fix it as soon as possible. Keep telling your partner about who you have been dating, so they will know what is happening. This is what will give you the chance to make your relationship last longer. Don’t forget that even though someone agreed to be in a non-monogamous relationship, they can always withdraw their consent at any moment. This is why you should always be ready to close the relationship if your significant other is not open to it anymore.

If someone has been cheating or breaking the rules, you can renegotiate what you agreed on in your ethical non-monogamous relationship. Closing an open relationship doesn’t always mean locking the door. For example, you can choose that you won’t let your partner have sex with other people while you are not there, but agree to go to swingers events together. Even if you choose to become fully exclusive, make sure you talk about what it means to you. Communication is always very beneficial, no matter what type of relationship you are in. Most people would agree that their significant other is the most important person and would be willing to stop seeing other people to protect their special one. If not, monogamy is probably not the most pressing issue to discuss.

If social stigma is the problem, you can also choose who you open up to. Many people like swinging because it is a social activity that they can engage in with their partner and a community rather than a full-time lifestyle with another person. Redefining the relationship can help in this case. However, hiding an important part of your life requires a lot of energy, and this is why many people choose to stop this unique lifestyle. This can also be a temporary decision, for example, if you want to protect your children until they become adults and then go back to an ethical non-monogamous lifestyle.

Overall, don’t forget that closing an open relationship will not take away your freedom. Rules don’t always keep you from being yourself. They can also send you in the right direction. Building a serious relationship on stronger foundations can give you the chance to make it last longer. Experience is necessary to figure out what you truly want and need. But once you have gone a bit too far, you might realize that it is good to take a step back and fully appreciate the person you already have. When you close a door, you open another one, and that is happening to your relationship. Saying no to some things can also mean saying yes to what is most important to you.