You are here: Home / Lifestyle Tips / Can Good Christians Be Swingers? 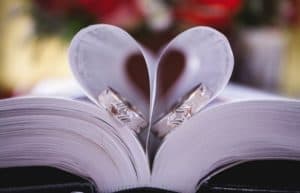 Can good Christians also be swingers? Do the values and teachings of the bible and the belief in God interfere with the ability to experiment with one’s own sexuality and enjoy multiple partners through ethical non-monogamy?  This is definitely not a simple question, so sit back and let’s explore this situation.

A paper published in 2017 by the Journal of Sex & Marital Therapy revealed that 1 in 5 Americans have experimented with non-monogamous sex in their lifetime. These numbers were consistent throughout the population regardless of age, sex, race, and religion (though the LGBTQ community placed a little higher).

Christianity is still the predominant religion in the United States (about 75%), which means there have to be millions of Christians who have at least experimented with non-monogamy. And at least some of those experimenters must have loved it, because contrary to what many people believe, good Christians can also be swingers!

This may come as a shock to those who see people with a strong Christian faith as sexually repressed – or at the very least, not that open-minded when it comes to sex. But just because good church-going, God-fearing Christian folk follow Jesus’ teachings doesn’t mean they can’t be open-minded about some sharing in the sheets.

And that begs the question, what is adultery? The definition changes in various versions of the Bible (and the dictionary) but is always called a sin. But where is the line? Is it adulterous to be attracted to others? Is it only cheating? And what constitutes cheating? Kissing, oral, intercourse? Is emotional cheating adulterous? 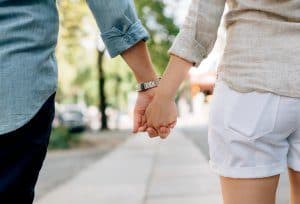 With this in mind, it probably holds true for the majority of the population that no one likes a cheater! But the beauty of swinging and all ethical non-monogamous relationships is the honesty, openness, and trust-building effects it has on couples. When both parties consent to participate in a swinger lifestyle, it seems impossible to be “adulterous” if following the rules and boundaries mutually agreed upon. You are both exploring your sexuality in an up-front manner – no lying or cheating between Christian swingers.

But the Bible can be confusing. Between the Old and New Testament, the old English language used, the metaphors, and the centuries of translated and reinterpreted copies that have led us to our modern Bibles, it’s difficult to be certain of every teaching. In fact, some have identified over 40 examples of non-monogamous relationships described in the Bible, but some interpretations of those examples may differ from reader to reader. Even sections of the Bible provide instruction on how to successfully maintain multiple wives, which seems unnecessary to include if monogamy is a requirement for all. It has also been documented that leaders of the Latter-day Saints were non-monogamous, and popular TV shows like Big Love and Sister Wives brought awareness to the practice of polygamy in the Mormon community. Each year there are more and more movies & TV shows discussing swinging by different groups.  So not every corner of every religion has a blanket consensus on non-monogamy, and it’s up to every individual or couple to decide what their sexual values are. Religious beliefs are very personal and differ from person to person at the best of times and can be even more complex when it comes to things like monogamy.

Remember that while people will always tend to judge, the most important part of the lifestyle is that you know that you are faithful and respectful to your partner, and the judgment of others is meaningless. Your ethical lifestyle choices cause no harm to others, and it’s up to you to choose how you want to live your life in that respect. Every individual couple will know in their hearts what is best for them. Every marriage is unique, and even for the very devout, religion doesn’t have to play a major role in every aspect of how people choose to live their lives.

It’s up to you 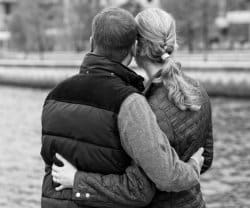 So if you are a Christian, you need to decide for yourself. We each need to personally balance our religion with our swinging.  Thankfully we don’t need to decide it all right away. You can explore the swinger lifestyle without making any commitments. You can take small steps and reflect on them to help you figure out your own personal boundaries.  It’s as easy as going online and talking to other Christian swingers or attending a swingers bar or club with your partner to get a feel for how it works and whether you think it will work for you.

And another great thing to keep in mind is that there are different levels of swinging. You might feel more comfortable with a soft-swap, where penetration with another couple is off the table. Another option is parallel play swinging, where you only play with your partner but in the same room as another couple. If you’re comfortable with a full swap as long as you are both interested, open, and honest, then do it! Do what feels right, and no one can make that decision but you. As always, though, this is a team activity and something to discuss with your partner beforehand so that you’re both comfortable and have the same expectations.

The swinger lifestyle’s underlying theme is the concept of inclusion, acceptance, open-mindedness, and not judging others. That’s not to say that it never happens, but a large part of what brings people together is their ability to understand one another. What some prefer may not be the preference of others, and the community practices and respects that about each other. In the world of ethical non-monogamous sex, the religious beliefs of other swingers are of no importance, and you can just focus on the fun physical part. That’s why we’re all here! This goes for political leanings & swinging as well.

All swingers grapple with concerns about being outted in their vanilla worlds. You never know how your friends and family will react if they find out. People worry about how that information might affect their kids. It’s natural to worry about hiding participation in the lifestyle or telling people about it. But it is really just not anybody else’s business. For some people of faith, it can feel like there’s more on the line with church groups or religious neighbors and family. But this is your life. You don’t owe sharing the details of what you do in your bedroom (or hotel room) to anyone at all.