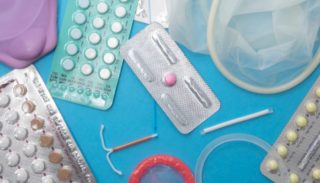 Birth control is a major concern for any couple in the lifestyle. It doesn’t matter how old you are, how many kids you already have, or how many times you ask potential partners about their STI history. Sleeping with multiple partners poses a risk of unwanted pregnancy and potential infections. But luckily, the majority of swingers are on the same page and take their health and safety during play very seriously. At the end of the day, you can only truly be in charge of your own sexual health, so it’s best to be as prepared as possible.

Many people abide by the “rule of 2” which means there should always be two methods of contraception in place. No one birth control method is 100% effective (though they come pretty close), and condoms are the only preventative measure against STIs.

Before we discuss the different options, we want to remind you that we are not your medical doctors and you should consult with your own medical doctor to determine what birth control option is best for your own personal situation.  If you can’t discuss this with your own personal doctor because you are swinging in a rural area or your doctor is a close family friend, you can visit your local Planned Parenthood or consult with a doctor online.  There are many online birth control websites that will provide you with a board certified doctor and discreetly ship your preferred birth control medications to your home. 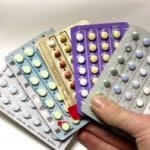 The pill is certainly one of the most popular contraceptive choices.  It comes with benefits like a lighter and more regular period, lighter cramps, acne control, and does not hurt to implement unlike an IUD, implant, or tubal/vasectomy. It also doesn’t require a pause in foreplay, and it’s undetectable during intercourse which means it doesn’t interrupt the enjoyment of sex like condoms, IUDs and the ring might do. Most women will be on the pill, but the key lies in how consistently it’s being taken so it’s usually best used in combination with another type of contraception.  If a woman is not taking the proper dose every single day, the effectiveness can be significantly dropped.

A birth control pill for men has been developed which temporarily stops sperm production, and it has already passed human safety testing. It has not yet been brought to market but it’s expected to make its debut sometime soon. 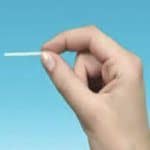 This hormonal implant is discrete and only about the size of a bobby pin. It is implanted into the upper arm and prevents pregnancy for up to 5 years. Unlike the pill, you don’t have to worry about taking it on time, or putting it on after foreplay/before intercourse like a condom. You implant it and forget about it! It’s implanted shallowly under the skin, so while it is discrete it can be felt through the skin if you go looking for it, but it won’t hurt to touch.

These implants also have potential side effects that include nausea. weight gain, breast pain & other side effects.  Make sure to discuss these potential issues with your doctor. 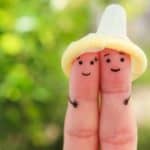 Wearing condoms is one of the most responsible birth control choices regardless of any other contraceptive methods you and your partners are using. Condoms will also help you prevent many STIs, and compared to the alternatives, are less effective at preventing pregnancy. By following the rule of two, you’ll have the best success by combining two types of contraception. Condoms are a recommended way to double down on two kinds of protection: pregnancy and sexual health. Many couples will only swing if condoms are involved, so it’s an easy part of the lifestyle to get used to as part of your regular routine. No, they’re not “fun” but neither is an STI!

There are now many different types of condoms for swinging including a wide variety of more comfortable sizes, non-latex condoms, flavored condoms, and ultra thin condoms measured in microns.  There is now little excuse for not finding a good condom to match each personal situation.

You might be surprised that condoms are only 85% effective.  That is because condoms are open to many different types of user error.  If the man is using the wrong size condom it can break or fall off.  If the man puts the condom on incorrectly it can also break, rip or fall off.  After sex, if the man isn’t careful removing himself it can fall inside the woman.   If the man uses the wrong type of lube, it can breakdown the structural integrity of the condom.  These and other user mistakes significantly decrease the effectiveness of condoms.  Condoms are a great birth control & STI prevention option when used correctly. 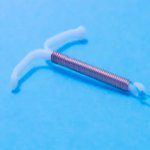 While these are a very effective and long term method of contraception, they can be extremely painful. It’s painful for a woman during and about three hours following insertion, and sometimes up to a month after the fact. For men, it can be painful or uncomfortable during intercourse when the penis touches the IUD string.  A woman also needs to be careful when she is with a new male partner.  If he is unfamiliar with IUDs, he might accidentally pull on it during foreplay.

In spite of the painful insertion, these are a popular choice because they last up to 12 years, stop menstrual bleeding, and are 99% effective. 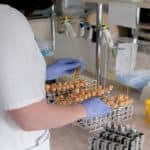 If you and your partner are sure you don’t want kids (or any more kids) then these procedures are a permanent and hormone-free method of contraception. A male vasectomy is less invasive and easier to reverse than female tubal ligation, but both methods have quick recovery time, are minimally invasive, and are low-risk surgeries.

Tubal ligations used to involve “tying” a woman’s fallopian tubes, but it was later changed to sever them entirely so that the procedure was more permanent and left no room for error. Even more recently, the procedure has been adapted to involve the complete removal of the tubes, which has the added benefit of lowering a woman’s risk of ovarian cancer.

Vasectomies are one of the only two current methods of male birth control (the other being condoms). You can only ever truly be in charge of your own contraception. If a female partner says she’s on the pill, you can’t be sure of how consistently she takes the pills or if she’s on other medications that may conflict with the efficacy, for example. A vasectomy ensures an unwanted pregnancy is not on the table.

If choose to use these surgeries as your line of birth control protection, remember the other couples you might meet in the swinging lifestyle might not have the same surgery as you.  For example a husband might have a vasectomy and the wife might not have a tubal ligation because they it would be redundant for their private relationship.  Well if that couple meets another couple that choose to only have a tubal ligation and no vasectomy, there is now a mismatch and a potential pairing with no birth control in place.

The birth control patch, shot, sponge, vaginal ring, diaphragm, or internal female condom. These options are less popular and less convenient for swingers, and the cost can add up if you’re having frequent sex.

The pull-out method, spermicide, and fertility awareness calendars are available options, but are not recommended as they have low efficacy rates (<80%) and do not offer any STI protection. 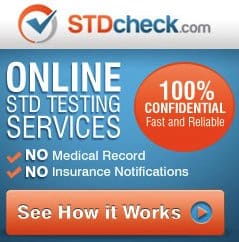 It can be awkward to ask a potential couple about birth control and when your new swinger friends were tested for STIs. No one on either side of the exchange wants to broach the subject, but it’s a necessary step when practicing safe sex. A casual way to bring it up is to offer how you and your partner stay safe, or when you were last tested. It feels less prying or accusatory than asking, and helps to break the ice, prompt them to share their results, and make sure you’re safe and all on the same page.

Because no method of contraception is 100% effective, doubling up and using two methods together will have the best overall results. Using condoms (as birth control but also to prevent contracting an STI) in conjunction with any of the above methods is the best way to ensure you and your partners’ safety. Birth control isn’t the sexiest topic of conversation, but it allows you to swing safely to your heart’s content!

Swinging relationships rely on communication between partners, so make sure you have open dialogue with your husband or wife about which contraceptives you want to use, and be prepared to have these discussions with potential third, fourth, fifth, or more partners too!