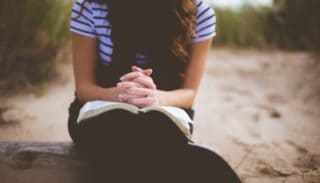 Swinging and being non-monogamous is a delicate topic for many Christian believers.  Many articles that tackle the question of if it is possible to be both a “good” Christian and a swinger leave no room for compromise or personal interpretation.  We’re going to take a different approach in hopes of helping you make your own decision.

The New Testament says the commandments reside in our hearts, and the holy spirit dwells within us as we are temples of God, so our conscience should do justice in helping us answer such questions.

Christians are asked to live like Christ, follow his instructions, and live following the bible.  We all know this isn’t as easy as it sounds. The days in which the bible was written bear little resemblance to the era we are in right now. This opens up a challenge because it creates room for specific questions none of us have straightforward answers to, and one such question is: Can swinging be acceptable within a Christian marriage?

Would Jesus Approve Of Swinging? 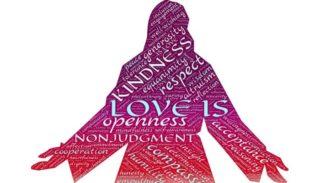 If you are reading this article, you are probably thinking about spicing up your married life, which is exciting. Wanting to enjoy the best sex with your married partner is rarely discouraged by most Christian leaders, though some extremists will claim sex is only for procreation and shouldn’t be enjoyed.  We think it safe to say there is a Christian consensus that a fulfilling sex life strengthens your marriage, grows your family, and helps relieve stress.

However, you may want to get a little bit kinky, and you’re not sure if that would be acceptable to Jesus, and this is where that clear consensus turns murky. Jesus did teach you to love one another, but is this what he meant?  This is a gray area, and we’re here to help you consider different points so you can figure out what is best for your Christian beliefs.  Simply because other Christians are swingers or are not doesn’t mean it is the right choice for you.

Over time, we, as a society, have become more comfortable with our sexual lives.  We like to try new things out to see how glorious sex can be.  However, sex before marriage is frowned upon in the bible, and when we get married, we may experience some form of difficulty when trying out those new sexual desires.

Swinging involves ethical non-monogamy.  That means both partners are honest with each other.  There is no lying or deceit.   You mutually agree upon boundaries and limits and honor that agreement.  Because swinging follows a moral and ethical path, it can be hard to find the bible prohibiting it, especially considering the bible does have so many mentions of polygamy.

Before you make up your mind about swinging, consider the effect it is likely to have on your marriage. Many times, such things look different for one couple compared to other couples. Things like swinging have been disastrous for some marriages when not carefully thought through before partners make up their minds. 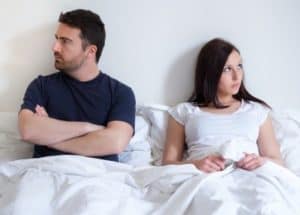 Words like adultery repeatedly appear in the bible, and they give the distinct impression that having sex outside your marriage constitutes a sin. So our society and the church have interpreted adultery in a certain way, and this interpretation can be subjected to a review. In fact, in the old testament, adultery was seen as an issue of property rights because it was an act where one man takes and uses the wife (who was considered property) of another man.

This forces us to consider the possibility that adultery is stealing where one man takes what belongs to another without consent. But swinging is a situation where both parties in the marriage agree to allow intimate contact with someone outside the marriage. So it is not stealing, right? Then is it adultery?

Rather than focusing on what constitutes sin in Christianity, why don’t we focus on Christianity’s relationship aspect? All through Jesus’s stay on earth, he sought to make a good relationship between the father (God) and his children (we humans). In scripture, we can recall when Paul spoke to a Christian who was confused about whether eating pork was a sin. Paul explained that all things are acceptable, but not all things are for good. He explained that eating pork is okay, but when you’re around your friend who feels eating pork is a sin, you should avoid eating pork as a matter of respecting the relationship with that person. This says a lot when discussing swinging. Swinging can be considered wrong not because it is wrong in itself but because when both parties haven’t agreed, you force your married partner to lose faith in your marriage, leading to sin.

From Paul’s statement, we can come to two conclusions; one is that there are things that may not be considered a sin, but they can cause you to move away from God. If swinging is one of those things, then it isn’t good for you. Jesus gave his life on the cross so that Christians could have a relationship with him like a man and his friend, but when we start to owe our friends money, we naturally begin to distance ourselves. So if swinging makes you feel guilty, dirty, or like a sinner, then it is something you probably shouldn’t try just yet.

The other part is that because you may not classify swinging as sin doesn’t absolve it of consequences. It’s like having a dog in your home. If it isn’t trained well, it can poop on your carpet and eat your furniture, but you still keep it because you committed to bringing him into the family. Swinging may not keep you out of heaven or make you feel bad, but they do have consequences you may not be fully aware of. We are humans and are prone to making mistakes. This is why you should be sure swinging is what you want, and it is something you and your partner are entirely comfortable with before you experiment. 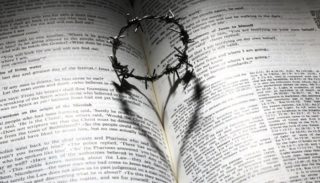 Hopefully, we have shared enough for you to figure out what is best for your faith.  Swinging can be one way to keep your marriage interesting and exciting if you are both comfortable with it.  Many swingers feel that it is possible to have a healthy Christian life and enjoy the pleasures of swinging. However, there are no specific scriptures that clearly answer this question.  Ultimately, Christians can study the word on their own before making up their own minds.