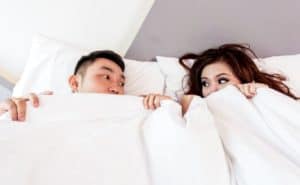 There are many Asian swingers who enjoy this sexy lifestyle & are a blast to meet and party along. If you have never discovered the sexy fun of Asian swingers, you might have some questions.  Unfortunately, there are some myths surrounding Asians & sex so we are going to help answer those curious questions and debunk some myths that you might have thought about but were too afraid to ask.

Remember Asians Aren’t All the Same

Asia is a continent and a pretty big continent at that, plus all of the different Pacific islands that fall under this generic bucket.  There are some lighter skinned Asians & some darker skinned Asians.  They also speak many different languages and are as proud of their cultural heritage as you are of yours.  When meeting an Asian swinger, act like an adult and show them the same respect as an individual that you want to be shown.  It’s not hard but for some reasons people can be stricken with anxiety over things when a different race is involved.  You are awesome, they are awesome, so just relax and be cool about it.

How to Find Asian Swingers?

If you are trying to specifically connect with Asian swingers, there are some Asian-centric swinger groups on the swinger dating websites that you can join.  Why are there groups just for Asian swingers?  Sometimes it is nice not being the only Asian couple at a party or being able to not worry that a new couple is chasing after you because they have an Asian fetish and aren’t looking to make a friendly connection.  These groups are more about cultivating a welcoming environment & making people who otherwise might be overwhelmed in all of the hustle & bustle of the swinging lifestyle feel more comfortable.

Are Swingers into Asian People?

Absolutely!  Swingers are a friendly bunch that are very welcoming to others who are respectful and fun to be around. For full disclosure, there are some swingers that have lived a sheltered life.  They  might have unfortunately been misled by some of the false swinger myths like Asian men having smaller equipment or Asian women having super sex goddess powers.  Thankfully, the ignorant people are in the minority and swingers are generally eager to learn and improve beyond their sheltered pasts.

Are Asian Men As Well Endowed As Other Men?

Of course, Asian men are just like men all over the world and are equipped with pretty much the same sized equipment.  The penis size myth has been thoroughly debunked.  Unfortunately, there are some racist people who still like to spread the false claim that Asian men are smaller down below.  When actual doctors measured erect equipment around the world, they found all humans are about the same.  Yes, some research relying on self-reported numbers shows a difference but that is more about men in some countries lying & others being honest.  Not to mention there are plenty of racists who like to claim black people have big equipment & low IQ, Asians have small equipment & high IQ, and white people have the perfect average that would make Goldilocks happy.  Goldilocks & this myth both belong in the land of make believe. 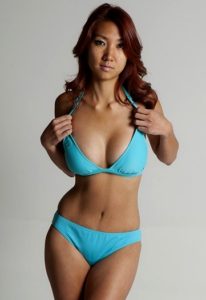 Are Asian Ladies Smaller or Tighter Down Below?

Some Asian ladies might be great with maintaining their kegel exercises (which actually do work wonders) but they are biologically the same as women all over the world regardless of skin color or cultural background.  Just like black swingers, white swingers & latina swingers – some are slightly smaller & some are slightly larger but the equipment is basically the same from woman to woman.  While we are talking about Asian ladies, their equipment is not sideways despite what the guy who still hasn’t seen a naked woman told you back in high school.  Some of the stuff people come up with truly boggles the mind.  Repeat after me, we are all biologically the same. 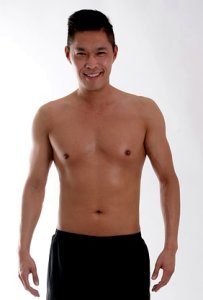 Yes, many Asian cultures have a misogynist history but so do many non-Asian cultures.  The mistreatment of women remains a widespread issue across too many cultures around the world.  That does not mean today’s Asian swingers are misogynistic or treat women poorly.  Almost all men in the swinging lifestyle including Asians do a great job respecting and treating women as equals.  There are more than enough Asian hot wives to prove the ladies have their own voice.  Of course life is not perfect and there are a few bad apples in any group but that is not due to cultural issues in the lifestyle.  It is more about isolated cases of misinformed idiots who don’t understand the swinging lifestyle. Often Asian men are more aware of other men being idiots as Asian women are often the target of misogynist behavior.

Don’t Be Insensitive or Offensive

Yes, many Asians have distinctive facial features.  Life is more enjoyable when we focus on things that unite us and not of the things that separate us.  Do not use the terms “slanted”, “yellow”, “jap”, “chink” which are offensive to many Asians and also offend many of us who are not Asian.  Save the term “oriental” to describe objects like rugs or vases and never use it to refer to people because they aren’t property.  Offending others is not sexy so be mature and smart by not saying anything that could come across best case as insensitive or worst case racist & offensive.   The human race is not perfectly identical, which makes life much more interesting and fun.  Be smart and keep your comments and swinger flirting focused on the common things that we all share like our sexy attitudes, hot outfits, & happy smiles.

The lifestyle has its own swinging vocabulary.  You probably are already familiar with many of these terms but just in case here are some related terms you might come across when talking with Asian swingers…